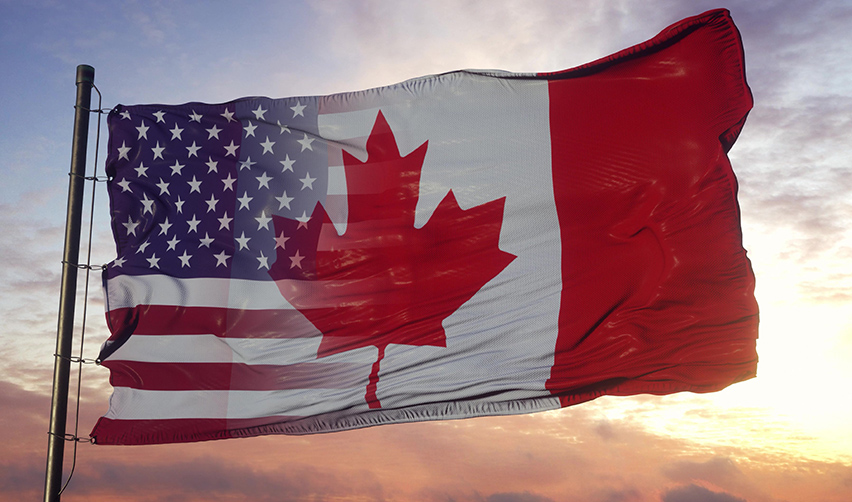 Canada’s quality of life has long been regarded as one of the highest in the world; the country’s prosperous economy and political stability have helped it develop an exemplary global reputation. Nevertheless, in 2022, it appears that many of Canada’s most appealing features are waning. The past few months have proven to be a watershed period in Canadian history, and cracks are emerging in the country’s formerly moderate socioeconomic landscape. To escape this unexpected new paradigm, many wealthy Canadians are now looking to relocate to the United States. The EB-5 investment visa has, in many cases, proven to be an ideal vehicle for doing so.

Why Are Canadians Relocating to the United States?

Largely as a result of the 2022 “Freedom Convoy” in Ottawa, political tensions have been running high in Canada. In fact, numerous blockades and protests against COVID-19 safety mandates have taken place in other locations across the country. The length of the Ottawa convoy movement—over three weeks—and the sheer scope of the demonstrations, involving thousands of protestors, have called into question Canada’s apparent political stability. The economic consequences of the blockades could be even more worrying.

For example, due to the blockade of the Ambassador Bridge, a key border crossing between the United States and Canada, approximately $3 billion to $6 billion in goods were stalled. The automobile industry was particularly hard hit, with losses estimated as high as $988 million. Moreover, Export Development Canada estimates that the border crossing blockades resulted in losses of over $600 million per day.

The Ottawa protests were cleared in late February, but some analysts maintain that this was not an isolated, one-time event; rather, it reflects a long-term shift in Canada’s political ethos. The advent of radical populism may cause Canadian politics to become increasingly turbulent in the coming months and years. It is also worth noting that the Canadian authorities’ significant delays in clearing the border crossing blockades may eventually undermine trade relations between the United States and Canada.

Taxation is another concern for many Canadians, who often pay higher taxes than residents of the United States. The Organization for Economic Cooperation and Development found that Canada collected US$14,693 per capita in tax revenue in 2010, while the United States collected only $11,365 per capita.

These two factors—a foreboding political climate and high taxation—have been the catalysts motivating high-net-worth Canadians to relocate to the United States. Some may also be seeking warmer weather south of the border.

Benefits of the EB-5 Visa for Canadians

In contrast to the many high-risk or extremely lengthy immigration options available, the EB-5 investment visa is ideal for Canadian nationals seeking U.S. Green Cards. The EB-5 program is considered one of the quickest ways to gain permanent residency in the United States, and it is free of the uncertainty surrounding other visas such as the H-1B lottery; if an EB-5 investor is careful to comply with the applicable regulations, they are highly likely to be approved by United States Citizenship and Immigration Services (USCIS).

In essence, the EB-5 program awards Green Cards to foreign nationals in exchange for an investment of at least $500,000 in a qualifying U.S. business. USCIS must receive evidence that an investor’s funds are irrevocably committed and that the capital will be used to create at least 10 jobs. If an investor complies with these regulations, they are first granted a two-year conditional residency period. At the end of the two years, USCIS reviews the investment, and if the job creation criteria and other requirements have been fulfilled, the investor receives U.S. permanent resident status. They will be able to live and work anywhere in the United States—including the nine states without an income tax.

Much to the benefit of Canadian families, an EB-5 investor’s dependent family members are also eligible for Green Cards. No visa sponsor is required. Further, EB-5 investors and their families can apply for U.S. citizenship five years after receiving permanent resident status.

As of February 2022, the minimum investment amount remains at $500,000, but the EB-5 industry is expecting major reforms to take place in March. Industry analysts suggest that a new investment threshold of $750,000 could be implemented soon. Therefore, Canadian nationals who would prefer to make an EB-5 investment of only $500,000 are advised to begin the process as soon as possible.

Getting Started on the EB-5 Process

Potential investors should note that complying with USCIS regulations can be challenging; the agency has set out numerous criteria governing job creation and the way EB-5 businesses can operate. Professional consultation is thus essential to finding a reliable EB-5 investment opportunity and increasing one’s chances of immigration success.

To this end, Canadians interested in making an EB5 investment can attend free in-person seminars hosted by EB5 Affiliate Network (EB5AN), one of the leading fund managers and consulting firms in the industry. EB5AN has helped more than 1,900 families get started on the EB-5 process, and potential investors will be able to have their questions answered by the firm’s managing partner. The seminars will be held in Toronto and Montreal in March and April 2022. In the meantime, interested individuals can learn more about the EB-5 process by listening to testimonials from three Canadian residents who recently invested in an EB5AN-monitored project.

Recent events indicate that there are substantial changes ahead for Canada, and now may be the time for families to seriously consider relocating. The EB-5 visa offers Canadians a reliable, low-risk opportunity to begin a new life in the United States.