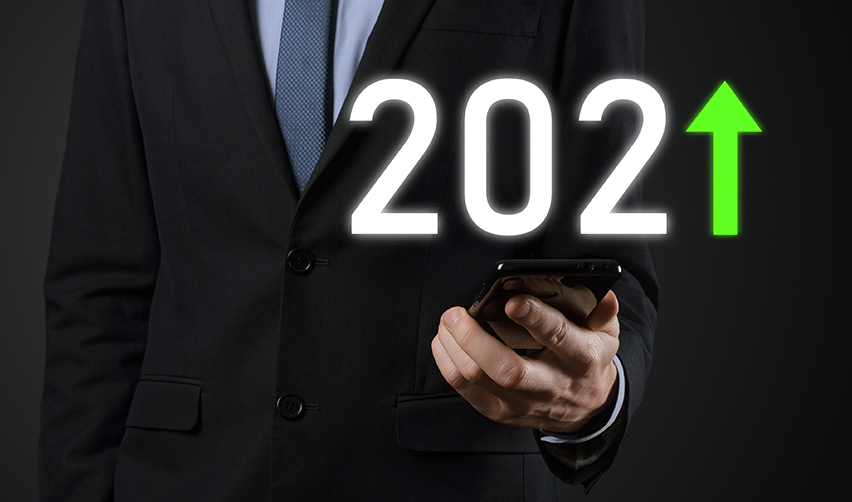 The contrast between the Biden administration and the Trump administration is stark. Compare the outright immigration bans throughout Trump’s last year in office to President Biden’s announcement within weeks of taking office of his intention to enact comprehensive legislative reform to United States Citizenship and Immigration Services (USCIS), and it’s easy to see a shift back towards friendlier days when it comes to immigration. Biden seems poised to make good on campaign-trail promises, and although the bill’s full text has not officially been published, the White House has already shared a detailed outline of proposed changes. So far, it appears USCIS is set to receive a serious overhaul.

In fact, should the U.S. Citizenship Act of 2021 pass, history will show it to be one of the broadest legislative modernizations the United States immigration system has experienced in decades. It appears Biden’s White House is counting on an immigration system revolution: They explicitly stated the intentions as “keeping families together, growing our economy, responsibly managing the border with smart investments, addressing the root causes of migration from Central America, and ensuring that the United States remains a refuge for those fleeing persecution.”

But what do these sweeping proposals mean for the EB-5 program? What are the potential benefits to EB-5 investment participants? Let’s take a closer look.

Although the EB-5 Immigrant Investor Program is not likely to garner any significant attention from the president (it isn’t specifically addressed in the bill fact sheet), its measures clearly favor economic immigration. This means participating investors in this residency-by-investment program stand to benefit greatly as well. There are five pivotal items in the bill that could remarkably enhance EB5 investment prospects:

Removing Visa Caps Based on Investors’ Country of Origin

All immigration programs in the United States are subject to visa caps based on country of origin. This was a measure originally intended to ensure immigration opportunities were evenly spread around the globe. Unfortunately, the caps were applied uniformly with consideration for neither demand nor population in a given country. The vast population of Chinese EB-5 investors has historically been allotted the same number of annual visas as the much smaller Luxembourg, for example. The caps are a direct cause of the massive EB-5 backlogs investors experience today. Eliminating these caps would categorically reduce the backlogs, and rather quickly. After years of waiting in processing purgatory, thousands of EB-5 investment participants from China and other high-population, high-demand countries would finally be granted their permanent residency status.

Another contributing factor to these interminable backlogs is the sheer number of EB-5 visas claimed by investors’ eligible family members. While providing visas to an investor’s nuclear family is essential, when family members account for around two-thirds of the roughly 10,000 visas earmarked for the EB-5 program annually, which means only roughly a third of the program’s allotment makes it into the hands of EB-5 investors themselves. Exempting these family members from having to secure a visa in the same way could essentially triple the number of EB-5 investors eligible for visas every year. USCIS could clear long-standing backlogs and finally grant more families a brighter future in the United States.

Recapturing Unused Visas Instead of Recycling Them through Other Programs

Currently, USCIS distributes visas evenly across immigration programs at the start of each fiscal year. Unclaimed visas at the end of the fiscal year are recycled out to programs that might be favored by the U.S. government in that year. Some years, it is the EB-5 program that benefits. Other years, it’s not. For example, a tumultuous 2020 left tens of thousands of family visas on the table. Those unused visas were recycled into employment-based immigration programs in FY2021. This resulted in an uptick of nearly 10,000 more visas than usual for the EB-5 program alone.

Of course, if no reform took place and EB-5 processing remained at its current snail’s pace, policy dictates all those extra unused visas would more than likely recycle on to another immigration program in FY2022. On the other hand, the enactment of a measure allowing the EB-5 program to recapture its visas rather than recycle them could save thousands of unused visas for its own program participants.

USCIS’s ongoing inefficiencies in processing have been a catalyst for the massive growth in investor wait times, which have effectively diminished attraction for the United States’ residency-by-investment program. As of February 2021, for instance, general wait times for getting an I-526 petition approved drifts between two and four years. And this is only the first step on a participant’s EB5 investment journey, and investors from backlogged countries wait even longer. Abbreviating these processing wait times throughout the EB-5 investment process could reinvigorate EB-5 investment appeal, and greater appeal equals more investors. More investors equal increased foreign capital invested in the U.S. economy—something the United States could really use amidst the COVID-19 pandemic.

Backlogs began to appear in 2014 among EB-5 investment participants from high-demand countries. The program has been plagued with extensive backlogs ever since. China is one country that has dealt with them since the onset of this issue, with Vietnam coming into its own backlog just a few years behind it. The thousands of otherwise eligible investors who have an approved I-526 petition in hand but continue to await visa availability face real and calculable risks.

The disappointment of delays in starting a life in the United States is compounded by the risk of investors’ dependent children aging out of program eligibility and the increased possibility of needing to redeploy EB-5 investment capital to maintain “at-risk” status, which is an EB-5 program requirement. These are just two examples of how backlogs could lead to ineligibility for long-awaited U.S. green cards. A clear focus on backlogs would unequivocally change EB-5 investors’ lives (specifically those from China and Vietnam) for the better.

Allowing the EB-5 Program to Do What It Does Best

Every EB-5 investor should keep a watchful eye on the U.S. Citizenship Act of 2021. Its enactment is likely to bring about significant changes that could radically improve the EB5 investment process. As such, the EB-5 program offers the Biden administration exactly what it was designed to: the opportunity to fuel immigration-driven growth in the U.S. economy. It is already a proven initiative, having garnered billions in EB-5 investment capital for direct infusion into the U.S. economy over its more than 30-year history. As proposed, this bill has the potential to allow even greater efficiencies within the EB-5 program, which will only lead to greater success in stimulating the U.S. economy.