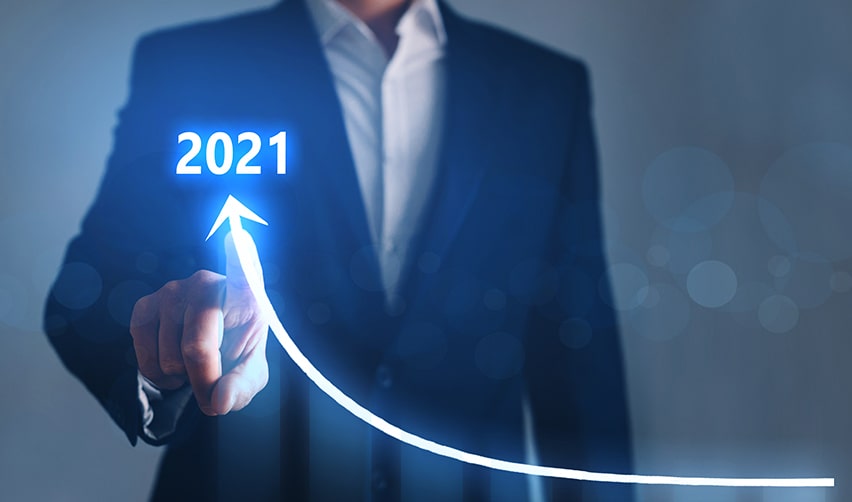 In November 2020, the chief of the Visa Control and Reporting Division at the U.S. Department of State (DOS), Charles Oppenheim, spoke virtually about his projections for the EB-5 investment program in fiscal year 2021. Mr. Oppenheim addressed the slowdown in consular processing, strategies to relieve bottlenecking, and many other salient topics.

At the start of each fiscal year, United States Citizenship and Immigration Services (USCIS) apportions available employment-based visas to the various U.S. visa programs. The EB5 investment program is entitled to receive 7.1% of those visas. Typically, this means about 10,000 individual visas are available each year, not only to EB-5 investment participants, but to their spouses and eligible children as well.

However, Mr. Oppenheim believes that the number of EB-5 visas actually distributed could be drastically lower than the 18,567 that are technically available. For instance, in FY2020, there were 11,112 EB-5 investment visas available, yet only 3,602 were issued due to the pandemic’s resulting slowdown on consular processing.

But what will consular processing look like in FY2021?

With the onset of the COVID-19 pandemic, U.S. embassies and consulates temporarily shut down and reduced operations. This nearly year-long slowdown in visa processing and issuance was a major contributing factor in the doubling of the number of available employment-based visas for FY2021. Each fiscal year, unclaimed available visas are rolled over to the following year and distributed proportionally amongst the various employment-based visa programs, including the EB5 investment program. So naturally, the slowdown in visa issuance meant vastly more unclaimed visas would be redistributed for FY2021, leading to this all-time high in available EB-5 visas.

While there were reports in August 2020 of a phased reopening beginning for consular offices, embassies and consulates have yet to return to their pre-pandemic levels of processing efficiency. Commenting on this, Mr. Oppenheim admitted he had “no idea” as to when EB-5 visas will again be processed at their normal level.

If processing rates continue to lag so drastically, Oppenheim believes we will see yet another massive rollover of visas at the start of FY2022. Furthermore, he believes EB-5’s visa quota for FY2022 may reach 14,200 or more, perhaps exceeding even FY2021’s all-time high.

The Top Three Countries in FY2021

Chief Oppenheim shared data about the top countries who form the bulk of the EB5 investment community. The top three countries—Mainland China, India, and Vietnam—make up 73.1% of all EB-5 investors. Each of these nations easily reaches its country’s EB-5 visa quota each fiscal year. However, Oppenheim does not expect that any other country will reach their own quota in FY2021, given the significantly lower demand.

Oppenheim believes that only about 3,000 Chinese EB-5 investors will see their visas issued in FY2021, and possibly only 4,000 in FY2022. With almost 8,000 visa applicants waiting, Oppenheim believes Chinese EB-5 investors should not expect to see their Chart B dates advance in FY2021. He predicts that it will not be until late 2022 that those filing dates could move.

There has also been much speculation in the EB-5 investment community regarding the current political situation between Mainland China and Hong Kong, and what it means for Hong Kong EB-5 investors. On this point, Oppenheim confirmed that, “Hong Kong is still at this point treated as a separate foreign state, for IV purposes, going forward.”

Oppenheim does not expect the limits in the Visa Bulletin to change in FY2021 for Indian nationals. Indian nationals are currently experiencing an 87% backlog on I-526 processing, and there are only an estimated 1,300 EB-5 investment visas available to Indian applicants in FY2021. Yet Oppenheim does not consider India as a country that is “at limit.” The Indian EB5 investment applicants who do receive their I-526 approval should have no trouble proceeding towards final action in their filings. However, for those at the back of the line, they will experience little change in 2021 due to combined effects of the consular shutdown and the I-526 backlog.

Mr. Oppenheim estimates that the DOS should be able to issue 600 or more EB-5 visas to Vietnamese-born investors. He reports that there are almost 500 EB-5 investment applications ready for processing for Vietnamese nationals, referencing the movement for Vietnam in the December 2020 Visa Bulletin. Due to all these factors, Oppenheim is optimistic that Vietnamese applicants will see their dates shift yet again before the end of FY2021.

Is Adjustment of Status the Solution?

In FY2020, only 1,117 EB-5 visas were issued through 1-485 adjustment of status petitions, fewer than the yearly average. Yet, as Mr. Oppenheim explained, there was significantly greater demand. In China alone, there are almost 2,500 1-485 petitions waiting to be adjudicated. These low numbers of adjudication are also puzzling considering that, in FY2020, nearly two thirds of all available EB-5 visas went unissued.

So why can’t more 1-485 adjustment of status petitions be processed, as a means to process and issue more EB-5 visas, despite the consular shutdown?

The answer is unclear. USCIS’s generally slow rate of processing could be to blame, with simple bureaucratic ineptitude clogging the pipeline. Or perhaps the DOS preferred not to shift dates in the Visa Bulletin in a way that would benefit I-485 applicants at the expense of those awaiting consular processing. No matter what the cause, it is unlikely that processing for adjustment of status applications will significantly increase in FY2021.

That being said, the incoming presidential administration has indicated that repairing international relations is a top priority. Removing recent roadblocks to U.S. permanent residency for foreign nationals would be in keeping with that mission. Perhaps the Biden variable, unaccounted for in Oppenheim’s presentation, may alter the Visa Control and Reporting Division chief’s EB-5 FY2021 predictions for the better.