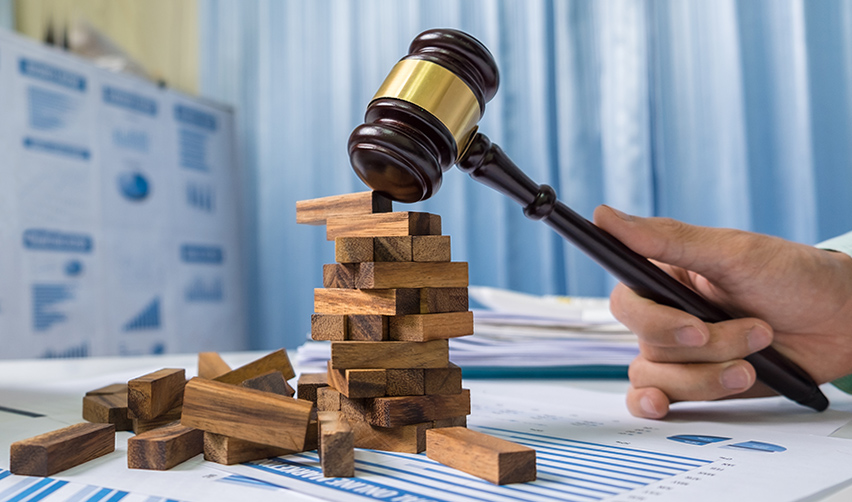 In 2008, the demand for EB-5 visas experienced a surge as the EB-5 Immigrant Investor Program became a popular way for foreign investors to relocate to the United States. While the program has attracted tens of thousands of investors worldwide, the constant retroactive rule changes and processing inefficiency at United States Citizenship and Immigration Services (USCIS) have discouraged many prospective investors from making an EB5 investment. In the United States, the program continues to be rather controversial in the public sphere because numerous policy provisions have undermined its effectiveness.

Policies and regulations concerning the EB-5 program have long been contentious and have triggered many lawsuits. One notable case is Zhang v. USCIS, in which the court rejected USCIS’s claim that unsecured loans do not count as EB-5 investment capital. The controversies don’t stop there; in June 2021, the EB-5 Modernization Rule was overturned in Behring Regional Center LLC v. Chad Wolf et al., thereby reversing the increase in required EB5 investment amounts. Ultimately, this decision proved beneficial to EB-5 investors.

The EB-5 program also faces political opposition in the United States. In fact, a group of senators has urged the suspension of the EB-5 program, alleging rampant fraud. This sentiment is shared by many members of the U.S. public, largely due to biased media reports. Major news outlets frequently report on fraudulent EB-5 projects while ignoring the vast majority of honest EB-5 enterprises.

The EB-5 program is full of regulatory challenges, making the reform process quite difficult for U.S. politicians to enact. Throughout the first half of 2021, the debate around changes to the EB-5 program was particularly contentious because the EB-5 Regional Center Program desperately needed reauthorization before June 30. Unfortunately, Congress failed to pass appropriate measures before the program expired, inconveniencing EB-5 investment stakeholders from around the globe. Due to these challenges, many potential EB-5 investors have opted for residency-by-investment programs in other countries.

Although the vast majority of EB-5 investors make their investments in good faith and lawfully obtain U.S. permanent residency, there may also be unscrupulous individuals among them. These few incidents often get blown up by the media, thereby hurting public opinion of the EB-5 program and motivating constant calls for reform. EB-5 investment fraud can exist in many forms, including unlawful investment capital sources. Although USCIS does require proof of lawful EB5 investment capital sources, poorly documented foreign records from decades ago could be used for fraud. Additionally, EB-5 investors could become the victims of fraudulent regional centers that pretend to have USCIS approval.

The EB-5 program is also subject to national security risks—several U.S. congressmen have suggested that issuing EB-5 visas can leave the United States vulnerable to spies. This problem is further compounded by the fact that USCIS may flag EB-5 investors as possible security concerns during the review process but may not deny their visas based solely on their association with foreign adversaries.

To address these concerns, USCIS has been collaborating closely with other federal agencies such as the Federal Bureau of Investigation (FBI) and Immigration and Customs Enforcement (ICE) to detect fraudulent activities. Nonetheless, these efforts can only go so far—comprehensive reform is needed for USCIS to truly root out the unwanted byproducts of the EB-5 program.

Ever since the demand for EB-5 visas surged in the 2010s, foreign investors—particularly Chinese foreign nationals—have grown especially frustrated at the delayed processing times caused by country-based limits on EB-5 visa allocation. These delays cause many EB-5 applicants to withdraw their EB5 investment and choose to immigrate elsewhere.

In 2018, USCIS hired several new employees assigned solely to work on EB-5 investment adjudication and thus sped up the processing times. Nonetheless, the situation worsened in 2019 because USCIS implemented stronger security evaluation measures. The following year, USCIS announced that it would prioritize I-526 petitions from countries without a backlog to streamline the process for investors from such countries. Unfortunately, this strategy was implemented around the same time the COVID-19 pandemic hit, so it did not increase processing efficiency significantly.

Another administrative challenge that USCIS faces is its collection and storage of application data. Thus far, USCIS relies heavily on paper documents as opposed to digital databases, making it much harder for it to evaluate data and detect fraud or security concerns. USCIS has also failed to request sufficient information from EB-5 investment applicants. This mistake creates a lack of information and makes it more difficult to detect irregularities. Even though USCIS has made many efforts to address these issues, there is still much room for improvement.

Historically, USCIS has not been rigorous enough with EB-5 site visits, thereby opening the window for fraud. After the agency expanded its in-person site visits in 2017, the results were not surprising—more than 30% of the EB-5 projects were not operating as expected. Many had gone out of business or were deserted.

Moreover, USCIS has often failed to keep track of precise job creation data. Unfortunately, it only verifies that at least 10 jobs have been created per investor instead of collecting more accurate numbers. As such, the agency has been quite inefficient in calculating the economic impact of the EB-5 program and providing involved EB-5 parties with needed economic analyses.