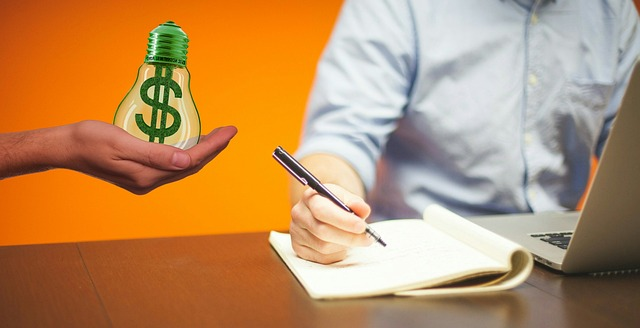 For an EB-5 immigrant investor to be considered eligible for the green card through the EB-5 program, the investment capital used for their EB-5 initial investment must be kept “at-risk” for the entire length of their two-year conditional residence period.

For many new commercial enterprises (NCEs), repayment of EB-5 capital investment doesn’t begin until the investor’s Form I-829, Petition for Removal of Conditions on Permanent Resident Status, has been approved by USCIS.

But what happens if an immigrant investor’s chosen enterprise is ready to repay their loan before the investor is ready to file their I-829 petition?

If an investor’s EB-5 capital is repaid before receiving I-829 approval, their EB 5 investment capital must be “redeployed” back into an enterprise or the immigrant investor’s chances for a green card could be jeopardized.

Due to a 2022 reform of the EB-5 Immigrant Investor Program, United States Citizenship and Immigration Services (USCIS) has offered updated guidance on legal means to redeploy EB 5 capital.

On March 15th 2022, the U.S. Congress passed the EB-5 Reform and Integrity Act of 2022. The largest aim of this sweeping 39-page bill was to restart the EB-5 Regional Centers Program, with greater scrutiny and oversight of all prospective EB-5 regional centers. There were also reforms made to redeployment policies for EB5 capital.

The EB-5 Reform and Integrity Act of 2022 Act officially recognizes “redeployment” of capital as capital that gets paid back to the enterprise before the end of the investor’s sustainment period.

Per USCIS EB5 guidance on redeployment, the key components of the revised redeployment policies are:

One of the basic requirements to secure permanent green cards for an EB-5 investor and their qualifying family members through the EB-5 program, immigrant investors must make a qualified investment of $1,050,000 in an NCE or $800,000 if the NCE is located in a targeted employment area (TEA).

The investment must maintain an at-risk investment status through the period of conditional residence period– usually two years.

Evidence of meeting these and all other requirements of the EB-5 program is presented through an I-829 petition, which is filed within the last 90 days of the conditional residence period.

Upon approval, the investor and their eligible family members may be granted the removal of conditions on their green card.

EB-5 investment funds are released only after the conditional residency period is successfully completed. This period begins upon the issuance of a conditional green card and not upon the approval of the I-526 petition.

For those immigrant investors who filed their I-526 petitions prior to the March 15th, 2022 enactment of the EB-5 Reform and Integrity Act, their EB 5 capital needed to remain “at-risk” from the time of their I-526 approval through the end of their two-year conditional permanent residency period.

However, for immigrant investors who file their I-526 or I-526E petitions after March 15th, 2022, their capital simply needs to be invested and “at-risk” for two years from the time of investment in a new commercial enterprise, provided that their investment meets all other requirements of the EB-5 program, such as creating 10 full-time jobs.

Where Capital Redeployment Fits into the EB-5 Immigrant Investor Program

Initially, loan or equity agreements involving EB-5 regional center investments were meant to be structured around the EB-5 immigration process timeline. Most were (and still are) created with five-year terms. Typically, the project investment roadmap begins with an NCE investing in a new commercial enterprise.

However, as demand for EB-5 visas increased and the government shutdown prompted by the COVID-19 pandemic decimated USCIS’ adjudication capabilities, the backlog of immigrant investors awaiting I-526 petition adjudication quickly outgrew the traditional two-year waiting period.

As EB-5 project investors have come to understand, USCIS immigration process times on single petitions have ballooned from a few months to more than a decade in a few extreme cases due to visa backlogs and retrogression, among the aforementioned reasons.

Because USCIS policy does not allow for capital to sit idly in an NCE’s account, the only option historically has been to reinvest the investment funds. In other words, the capital needed to be redeployed to maintain the required “at-risk” status.

By reducing what is known as the “sustainment period” for EB-5 capital to two years from the time of initial capital deployment in the NCE, instead of two years from I-526 approval, USCIS has effectively gotten rid of the need for redeployment in most new commercial enterprises.

This change would indicate that immigrant investors who have invested in an enterprise and kept their EB 5 capital “at risk” for two years could receive a return on their EB 5 capital investment, even before receiving the results of their I-526 or I-526E petition adjudication, or before achieving conditional permanent resident status.

This may cause future immigrant investors to seek out EB 5 projects with an earlier potential for return.

It may also erode subscriptions to longer-term NCEs or regional center projects in the future, as the project managers will no longer be able to depend as reliably on the influx of EB-5 capital to sustain business operations during the typically long wait times for I-526 or I-526E adjudication.

There are several redeployment criteria that must be met to avoid the USCIS red-flagging an investment. Certain funding modifications may be viewed as material changes.

Ensuring that the capital is not redeployed prematurely and not viewed as a material change requires the following:

Material changes generally include changes that vastly alter the scope of a project or affect the structure of funding an investment.

The March 2022 EB-5 Reform and Integrity Act provided updated clarifications on how immigrant investors can remain EB 5 compliant throughout the redeployment process. The policy now sets out where and when a redeployment can happen and what kinds of businesses and activities qualify.

Key Components of the Policy Update on EB-5 Capital Redeployment

Although it is the regional center operators and the developers who work with regional center sponsors that will feel the greatest impact of the redeployment policy changes, there are very real changes for EB-5 investors themselves, as well.

Below is a summary and analysis of five key policy clarifications and their primary implications.

In many cases, EB5 redeployment of capital will not be necessary if the EB-5 project is on schedule and USCIS processing times are at normal, pre-pandemic levels. However, in the event that an immigrant investor does need to redeploy their capital, there are many options and considerations:

With more than 10 regional centers, some extending through multiple states or covering entire states, EB5AN is a trusted partner and project sponsor. There are several benefits to working with EB5AN to reduce investors’ immigration risk:

The EB5AN team also has extensive experience in filing Form I-956 petitions and expansion amendments for regional center operators, with 150 USCIS approvals to date. We also have experience with expansion applications for larger geographic areas.

To learn more about how EB5AN can assist you with your specific EB-5 immigrant investor projects, contact us today.