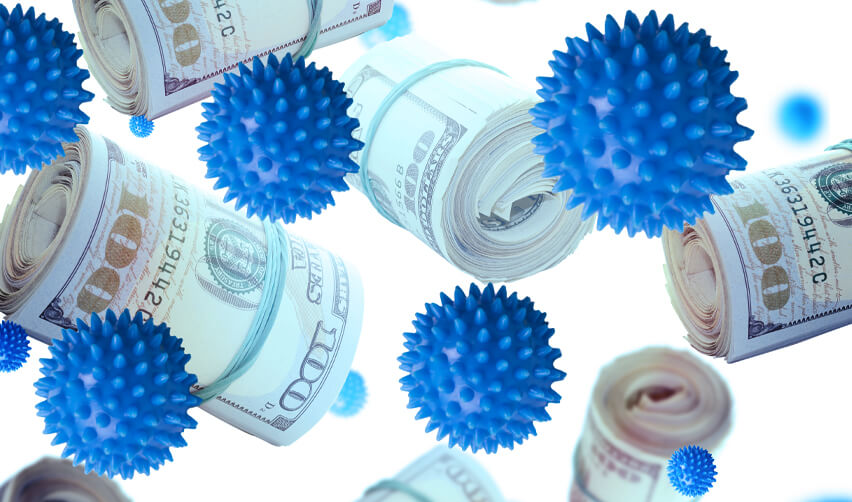 U.S. Economy May Lose Big without a Hard Look at EB-5 Visas

Although June’s unemployment report revealed better numbers than projected, the U.S. is still hovering around the 11% mark. In other words, nearly 18 million Americans are still out of work in the wake of the COVID-19 pandemic.

While the president quietly extends parts of the EB-5 program, as has been done periodically over the last three decades, this program, which is specifically designed to create jobs, is still not on the radar for many decision makers in Washington.

Simple math tells us it should be.

According to the DHS Yearbook of Immigration Statistics, around a third of EB-5 visas are granted to investors, with the remainder being assigned to their spouses and children. Thus, because each investor creates at least 10 new jobs, this program creates around 33,000 jobs each year. In the remainder of FY2020, it could potentially open up a minimum of more than 18,000 new positions. At a required $900k minimum investment, the EB-5 program could also add billions of dollars to our ailing economy through this year’s visa allotment alone.

Perhaps less talk of printing new cash and more about funneling it in from elsewhere around the globe is just the conversational shift that needs to happen on Capitol Hill.

Let’s look at what could be preventing bigger, better promotion of the EB-5 Immigrant Investor Program.

In an election year, and mere months until the vote, the EB-5 Immigrant Investor Program seems to have been shelved by both sides of the aisle in some sense.

Beginning with the president’s inaugural address, the GOP has taken a hardline approach to prevent immigration. Trump said then, “We must protect our borders from the ravages of other countries making our products, stealing our companies, and destroying our jobs.”

Meanwhile, the Democratic Party has its hands full trying to address racial inequality, social unrest, and the immediate needs of Americans, rounding out month five of a pandemic lock-down.

EB-5 visas simply don’t fit perfectly into any of these narratives. On a positive note for the EB-5 program, Biden’s approach has historically been more conservative and business-minded than the socialist policies that have been welling up over the last three years among Democrats.

One thing is for sure, these political blinders are preventing decision makers from being able to see the potential everyone in Washington is leaving on the table:

This is just a short list of the benefits EB-5 visas provide, and there’s something on the political menu for everyone. Unfortunately, neither party seems capable of widening their tunnel vision at the moment.

So what is the most effective way to reach the folks on the Hill? Through the people.

In an age where elected officials, particularly the POTUS, bypass the traditional channels afforded to their offices, opting instead for choice morning newscasts and social media—both to give and receive information—it seems the quickest way to effect change could be going directly to the people of the United States, too.

A two-pronged approach to public relations may be most effective, with one campaign to address past negative press. Ordinary citizens only ever hear about the few fraud cases, and those in the industry needn’t perform more than a Google search to find critical opinions of the USCIS as a whole. The other campaign should educate the population. This is exactly the kind of opportunity that could bring hope to the millions who’ve been out of work for nearly half the year.

Additionally, the U.S. is home to approximately 47 million immigrants already. Certainly, the links we need to potential EB-5 investors already exist among them.
Of course, there is nothing worse than a successful PR campaign that leads an audience to a dead end. The IPO needs vast improvement to transform the potential of the EB-5 program into real and fillable jobs and investments.

The reforms signed into law this past November have modernized the EB-5 Immigrant Investment Program in numerous ways.

The greatest internal obstacle that remains for creating these much-needed jobs is processing time. For the first time in months, there was a noticeable uptick in processing some types of EB-5 visas. This comes behind a steady increase in workforce and a dedication to getting these projects off the ground.

At the same time, just in the past few days, news of furloughs at the USCIS office has surfaced. Other issues that still need to be addressed include capital pipeline positioning and incentive increases in regional areas that need the infusion of capital and employment most.

If the USCIS can successfully reach the Americans who need these jobs, and through them, the media and government officials that are otherwise stifling the potential for the economic recovery that EB-5 visa projects are poised to offer in the United States, this program could be a highly effective component in rebuilding both global relationships and our own economy.

Internally, much-needed changes at the IPO will vastly improve the overall viability—and sustainability—of the EB-5 program.

In the meantime, current EB-5 visa-holders still have time to show support by signing IIUSA’s open letter to Congress.