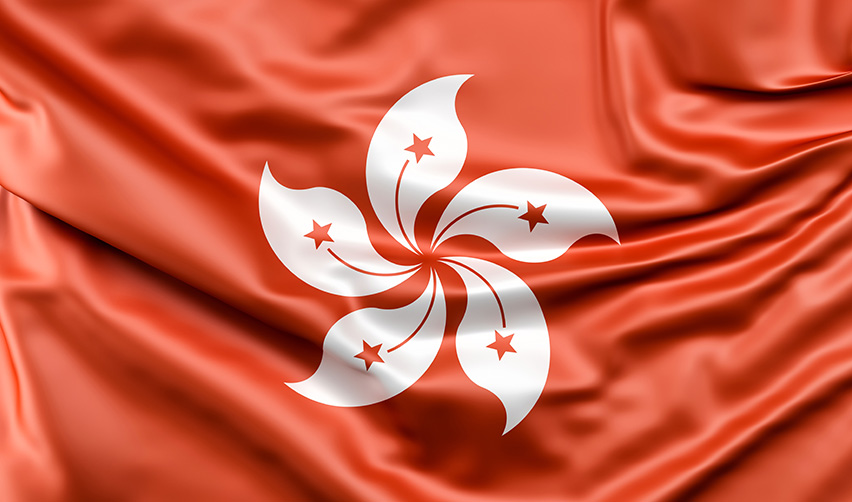 Could the United States Be Doing More for Hong Kong EB-5 Investors?

A sanctions package passed in July 2020 by the United States Congress was designed to penalize banks conducting business with officials from China. It is called the Hong Kong Autonomy Act, and the measures are a response to the country’s new Hong Kong security law, legislation that has been condemned as an offense on democracy by governments around the globe. Congress’s actions were certainly a clear counter-message to Beijing, but there are countless other tools available to the U.S. government as well, one of which is the EB-5 Immigrant Investor Program.

As an economic development initiative implemented by Congress in the 1990s, the EB-5 Immigrant Investor Program was designed as a conduit for billions of dollars in EB5 investment capital from foreign investors into U.S. markets from coast to coast. This massively popular residency-by-investment opportunity specifically targets the markets most in need of economic relief. Generally, that translates to rural and high-unemployment areas.

How does the program work? Foreign investors who meet the eligibility requirements can obtain U.S. green cards for themselves and their qualifying family members in exchange for a minimum amount of EB-5 investment capital in a program-approved project. The minimum investment is $1.8 million, or $900,000 when investing in a targeted employment area (TEA).

Since its inception, this concept has been embraced by investors from around the world, and the 2019 study data by Economic & Policy Resources only proves the program’s worth once again. According to the 2019 stats, EB-5 investments garnered over $55 billion in capital, which ultimately created 355,000+ U.S. jobs in 2019 alone. The Congressional Budget Office further attests that the EB-5 program operates at “no significant cost to the federal government.” That means no costs to U.S. taxpayers, either. Instead, EB-5 investors pick up the tab. This program is hands-down a win for everyone involved, and there’s still loads of untapped potential in the world—especially in Hong Kong.

China’s overall political climate has created an environment ripe for U.S. Congress to tap into the synergy that could easily be cultivated between Hong Kong and the United States. Additional EB-5 reform could further entice Hong Kong investors, which would provide both the massive benefit of aiding U.S. job creation in a post-COVID economy and a direct route out from under the thumb of the Chinese government during a time Hong Kong citizens may need it most.

The enactment of reforms based on Congressional consensus is sure to improve both countries’ current situation. With just a few simple adjustments, the governing body could simultaneously be responsible for economic stimulation in the form of job creation; attract new, highly educated talent to the market; and further impress its message upon Beijing that democracy is paramount to success.

So, how can we be sure new legislation could make this all happen? Because it’s already happening in other countries. The United States would simply be following suit.

Both Canada and the UK have already recognized the potential benefits of providing support for Hong Kong residents in their economic and political efforts. There are several countries around the globe offering incentivized investment opportunities, but these two have programs that seem highly adaptable to the U.S. immigration system.

As Hong Kong was nearing the end of its time under British governance over 20 years ago, Canada quickly set about preparing to welcome swaths of foreign nationals from the region through its residency-by-investment program. It was designed to cater to business professionals and, more specifically, entrepreneurs from Hong Kong. The returns have come in droves.

Billions in foreign investment capital has completely reshaped British Columbia (especially Vancouver). And there’s no sign of slowing progress! Canada’s economic growth continues at the hands of an entire population of highly educated and ultra-talented businessmen and women who have come by way of investment-for-residency.

The United Kingdom has taken another approach to its already thriving Hong Kong–native population. More than two million Hong Kong residents meet UK eligibility requirements for a British overseas passport. Around 350,000 are already carrying one. In 2020, the British prime minister made the path to citizenship in the UK an even easier choice for them by announcing that all Hong Kong residents who wanted to apply to do so would be granted renewable visas.

What is stopping the United States from adopting or adapting either or both of these ideas? What are U.S. government officials planning instead? And what about the current EB-5 program could be preventing it from becoming Hong Kong investors’ top choice?

The examples provided above are just two of the options Hong Kong investors have on the table. For the United States to remain competitive among residency-for-investment candidates from the region, there simply has to be greater change. As it stands, the EB-5 Immigrant Investor Program simply isn’t the most attractive offer they’re weighing.

If it was a primary consideration prior to 2020, the federal government likely quashed that when the previous administration signed its Hong Kong Normalization Order in July 2020. The measure essentially lumped Hong Kong residents in with mainland China, meaning the weight of the long-standing backlogs and eternal delays Chinese EB-5 investment participants face were now going to plague this ripening segment of investors. The measure is likely to increase the journey of every EB-5 investment participant from Hong Kong by not just months but years. While the United States hosts a greater number of Hong Kong immigrants than anywhere else in the world (apart from China itself), the program has only tapped into a fraction of the financial resources from the Hong Kong region that it otherwise could.

Offering better EB-5 investment opportunities for prospective Hong Kong EB-5 applicants is the only way to ensure the United States can harness the potential of what could be a mutually beneficial and long-lasting relationship.

While the Biden administration has already vowed to build a grand alliance countering China, the first step toward reinvigorating Hong Kong EB-5 interest is to repeal the counterintuitive measures in the books. The second step is further common-sense reform. There are two thoughts gliding through the EB-5 industry that make a lot of sense: One is the suggestion for a temporary measure to fast-track Hong Kong petition processing and remove the annual visa caps for Hong Kong in the short term.

The other is to impose an economic development requirement for Hong Kong investors under which their EB-5 investment capital could only apply to projects in rural or targeted employment areas (TEAs). The goal would be to spur needed development in underserved/underperforming regions while simultaneously avoiding any market concentration issues that might follow removing the annual visa caps.

In addition to the Biden administration’s early outward stance against China, another silver lining is congressional figureheads’ suggestions that they are ready for anything supporting Hong Kong. They’ve explicitly mentioned reforms, sanctions, and other recovery legislation that will address the EB-5 investment program and how it can reinforce messaging to China (and elsewhere) of the United States’ firm commitment to its principles of democracy.

Should legislators allow this opportunity to fall by the wayside, one thing is for certain: the United States can count on an inordinate amount of much needed foreign investment capital (and the fresh pool of talent behind it) being scooped up by fierce competitors like the United Kingdom, Canada, Australia, and Singapore.