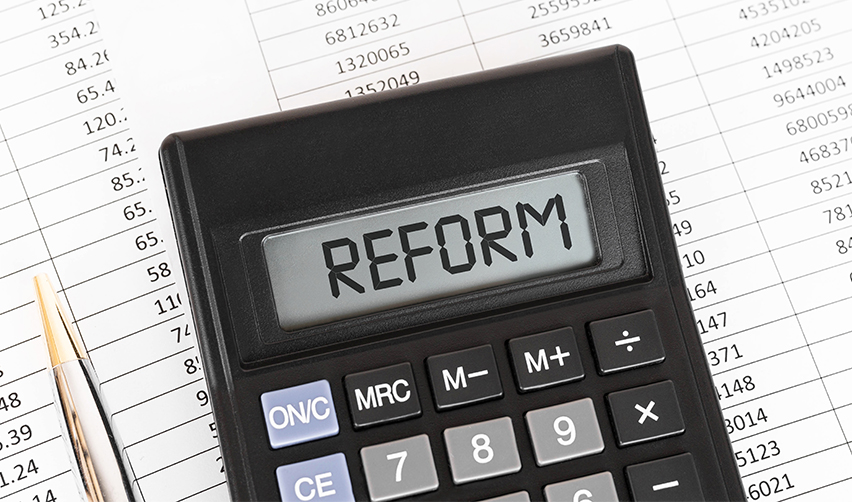 The need for reform in the EB-5 Immigrant Investor Program is no secret. Plagued with such issues as increasingly growing backlogs, confusing changes to redeployment policy, and incompetent—or deliberately inefficient—leadership at the Immigrant Investor Program Office (IPO), the state of the EB-5 program in January 2021 is unstable, and the popular EB-5 Regional Center Program could be in danger of termination on June 30, 2021, if no action is taken. That’s why EB-5 industry leaders, including Invest in the USA (IIUSA), are calling on Congress to enact reform and permanently reauthorize the EB-5 Regional Center Program.

A Missed Opportunity for Reform in Late 2020

The EB-5 program has injected billions of valuable EB-5 investment dollars into the U.S. economy throughout its 30+ years, and the EB-5 Regional Center Program has been the key driver of that cash flow. In particular, the EB-5 program has helped targeted employment areas (TEAs)—rural areas or areas with higher-than-average unemployment—flourish, and tens of thousands of new jobs have been created thanks to the infusion of EB5 investment capital into the economy. Nonetheless, opponents allege that EB-5 investors are misusing and abusing the regional center program and insist the integrity measures need to be strengthened. The EB-5 world agrees that reform is necessary, which is why IIUSA has published an official statement explaining why EB-5 reform is needed and what legislation should be in place to enact it.

IIUSA believes that if there is no EB-5 reform, achieving other significant legislative goals will be near impossible. With integrity measures the primary concern of those outside the program, the EB-5 community must focus on tightening security measures before issues with processing, backlogs, and retroactive policy changes can be addressed. As 2020 came to a close, the opportunity to enact EB-5 reform presented itself, but ultimately, it didn’t pan out.

Senators Chuck Grassley and Patrick Leahy, who have collaborated across party lines for years to improve the EB-5 program, drafted the EB-5 Reform and Integrity Act and presented it in the Senate in 2020. Disappointingly, the bill fails to address many of the issues plaguing the EB-5 industry, but it does dive deep into integrity problems, pushing for wide-reaching EB-5 reform and a five-year long-term reauthorization of the EB-5 Regional Center Program. Unfortunately, the bill, which was supposed to be included in the year-end federal spending bill in December 2020, was incomplete at the time and could not be included.

Without Reform, the Regional Center Program Could Be in Danger

The December 2020 reauthorization gave the EB-5 Regional Center Program a sunset date of June 30, 2021, but that doesn’t mean it will be terminated on that date. EB-5 investment stakeholders have grown used to short-term extensions and constant reauthorizations, so it can be easy to brush this time off as just like any other. But it’s not. Traditionally, the EB-5 Regional Center Program has been reauthorized as part of a broader government spending bill that includes various programs, essentially guaranteeing its reauthorization. The same was true for the latest reauthorization in December 2020, but instead of extending the regional center program until September 30, 2021, as it did for most other programs, Congress divorced the program from the wider bill by setting the expiration date at the end of June.

Separating the EB-5 Regional Center Program from the government spending bill could be either a good thing or a bad thing. On the positive side, it opens the door for the permanent reauthorization of this important tool for economic stimulation. On the negative side, however, it also creates the possibility of termination, with the regional center program now having to stand on its own merits instead of riding on the backs of other government programs. IIUSA believes EB-5 reform—specifically that outlined in the reform bill from Grassley and Leahy—may be the key to avoiding termination.

Leaders from across the EB5 investment industry have echoed IIUSA’s sentiments, some even divulging specific examples of reform they wish to be enacted. For example, the notion of taking spouses and eligible children out of the pool of yearly EB-5 visas would result in dramatically smaller backlogs and ensure most EB-5 investment participants receive their green card in a timely manner.

Forging a Path Forward with Reform

For nearly 30 years, the EB-5 Regional Center Program has been subject to short-term extensions and reauthorizations despite proving its value through the billions of EB5 investment capital it has contributed to the U.S. economy. Uncertainty is an inevitable aspect of the EB-5 investment journey, but it is heightened this time as the EB-5 world hurtles toward a sunset date without the reform that may be necessary to prevent termination.

Panic, however, is counterproductive. If EB-5 stakeholders work together, enacting reform and avoiding termination on June 30, 2021, is likely. Time is ticking, but industry-wide collaboration to prove the beneficial—and highly secure—nature of the EB-5 Regional Center Program is more than possible, and it’s just what the industry needs to protect foreign nationals hoping to improve their future in the United States.