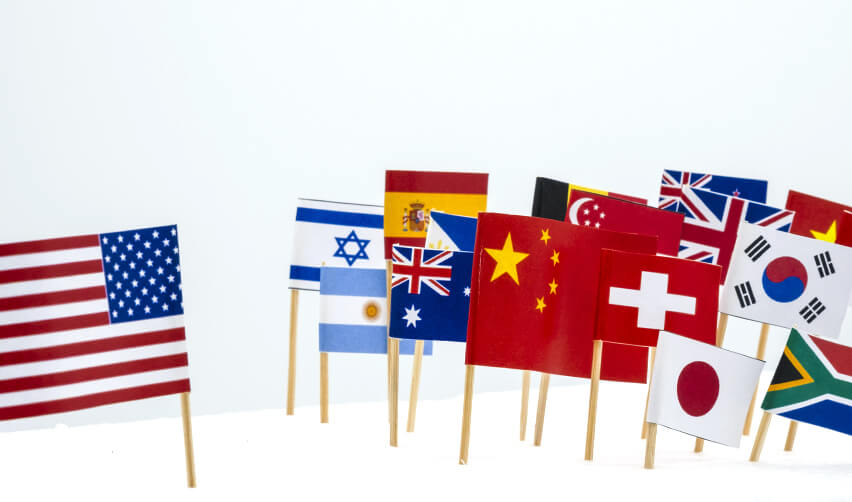 Why Choose to Make an EB-5 Investment

Despite periodic economic swings, the United States is still the largest economy the globe over. Additionally, the country remains a beacon of freedom and liberty for many. Alas, immigrating to the United States can be quite difficult, and in the end, for most, a new life in the United States is never more than a pipe dream. Some, however, are determined to make it to the land of opportunity, and those foreign nationals with the means to invest are choosing the EB-5 Immigrant Investor Program. This program is one of the fastest tracks available for securing U.S. green cards for investors and their eligible family members. But the (relatively) speedy processing isn’t the only reason investors are flocking to the EB-5 program.

Nearly a quarter of the entire global GDP is due to the United States’ economy – larger than any other country by a long shot. While there is a great amount of chatter circulating the news cycle about China’s GDP claims, they still only account for roughly 16% of the world’s economic value. In 2019, the United States ranked second in the annual Global Competitiveness Report based on a number of factors, including, but not limited to, business dynamism, capacity for innovation, infrastructure, labor market, and institutions. Singapore was the only country outpacing the United States, according to that report.

Why wouldn’t investors want to harness that level of economic prowess? When a foreign national chooses to contribute their EB5 investment capital into a program-approved project, they not only trod a well-worn path to a new life in the United States, but they also ensure they take full advantage of what the U.S. economy has to offer in the way of financial security. From coast to coast, the EB-5 program offers access to business innovation and professional talent, and smart foreign investors are setting their sights on these hubs of success.

Furthermore, United States Citizenship and Immigration Services (USCIS) has upped the ante by offering an incentive for EB-5 investments in targeted employment areas (TEAs). Whereas the normal minimum capital required to participate in the program is $1.8 million, when an investor selects a project within the bounds of one of these targeted areas, their capital requirement is reduced by half ($900,000).

To ensure the fostering of innovation at its forefront, the United States has developed a robust set of legal protections surrounding intellectual property. Why is this important to foreign investors considering the EB-5 program? Because knowing their creative ideas and executions will always be stringently protected is one of the primary reasons the best and brightest global innovators choose the United States as a home where they can transform creativity into action. Did you know that more than half of the U.S. patents issued in 2015 were granted to foreign-born inventors? This is a true testament to the country’s ability to safeguard both the intellectual property borne in the States and the capital it takes to create it.

The legal protections the United States affords its innovators is invaluable to foreign nationals looking to help launch an innovative new business with their EB5 investments. Copyrights, patents, trademarks – these are only some of the tools every EB-5 new commercial enterprise (NCE) has at its disposal for safeguarding the intellectual property and technology that comes out of the projects developed through the EB-5 program. Non-disclosure agreements and licensing contracts are other legally binding tools to ensure the protection of these assets. And ultimately, it is the investors in those program-approved projects that are the beneficiaries of the creativity they’ve chosen to invest in.

What could otherwise be a tricky endeavor without residency status, launching a new U.S. business through the EB-5 program becomes comparatively seamless. While EB-5 investments help program participants steadily move down the path toward permanent residency for themselves and their families, they also shore up their future with the necessary investments.

Accessing the Best in Post-Secondary Education

Most immigrants bring family members with them to the United States, including their unmarried children under the age of 21. Couple that with the fact that the United States is already the most popular choice among international students due to the majority of top universities being located in the country, and it is easy to fathom why foreign investors choose the EB-5 program.

Access to an education at one of these leading higher education institutions opens doors for young scholars all over the world. Furthermore, the U.S. green cards secured through the program provide an even easier path to meeting these education goals because of the greater chances of successful admission and the potential for in-state tuition savings. Think Harvard, Stanford, Berkeley, and MIT. Opportunities for post-secondary education in the United States abound when accessing them through the means provided by the EB-5 Immigrant Investor Program. Every parent knows that a high-quality education is key to their children’s future, and this access is one of the driving forces behind EB5 investments.

In fact, some parents elect a two-pronged strategy for their children by donating EB-5 investment capital to them for use in a more hands-off investment through the EB-5 Regional Center Program while they also pursue a quality education in the U.S. There are a plenty of immigration investment strategies that include a child’s post-secondary education – this is just one. To learn more about the options available for an investor’s unique circumstances, an experienced EB-5 attorney can be a huge planning asset.

Remember, these are only three of an innumerable list of reasons foreign investors are choosing the EB-5 investment program. All of them, though, equate to an investment in the future of themselves and their families. From freedom and security unparalleled in the world to accessing the most lucrative investment opportunities and the highest-quality education for their children, the EB-5 program is one way for foreign investors to secure a better life in the United States.