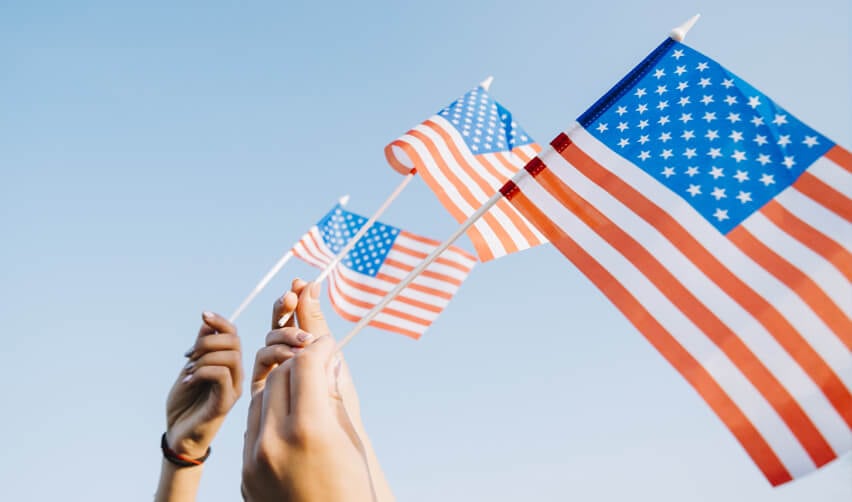 The unfortunate reality is that life in many countries is unstable and uncertain. Corrupt governments, civil unrest, weak infrastructure, poor education, and economic volatility are some of the problems that plague the poorer nations of the world, and not even the wealthy in those countries are immune. However, those lucky enough to have been born in the rich, prosperous, free country of the United States do not need to concern themselves with such worries.

The United States boasts the largest economy in the world, towering over even giants like China and India, which have populations nearly four times larger. It’s also one of the richest countries in the world per capita—while tiny states like Qatar, Macao, and Luxembourg top the list, the United States is the richest country per capita among countries with a population of more than 10 million.

The wealth of the United States brings countless advantages to its citizens and residents. With significant amounts of disposable income, U.S. citizens and residents enjoy a high quality of life filled with luxuries people in many other countries can’t afford. This allows those living in the United States to purchase high-quality food and maintain a desirable living space while also indulging in entertainment and hobby endeavors. Even poorer Americans enjoy countless luxuries—a 2019 study found that the average American spends nearly $18,000 per year on nonessentials.

The U.S. dollar, which holds the unofficial status as the world’s currency, is also one of the strongest currencies in the world, with only a handful of foreign notes worth more. This makes U.S. citizens and residents extremely rich on a global scale, allowing them to easily travel to other, cheaper, countries. With so much of the world economy depending on it, the U.S. dollar is also considered one of the safest currencies to invest in, easily outperforming other top currencies such as the euro and the Japanese yen.

The United States is famous for its freedom and democratic government and is seen around the world as the poster child of democracy. While the world has democratized rapidly in recent decades, a 2017 Pew study estimated that only 57% of countries are democracies—meaning around 43% are not. In 2015, it was estimated that only around 4.10 billion of the world’s 7.35 billion population lived under democracy. With high-population countries such as China, Vietnam, and Saudi Arabia operating under the iron fist of authoritarian leaders, there are many people in the world who have yet to taste freedom.

The United States also suffers few problems with civil unrest—a stark difference from much of the world. While developing nations rife with political corruption and inequalities are generally at high risk of civil unrest, even those who live in rich, developed countries must be wary of the possibility of sudden political destabilization, as seen in Chile and Hong Kong in 2019. Syria, which ranks among the world’s most dangerous and unstable countries due to the ongoing civil war, was once considered a “jewel” in the Middle East, enjoying prosperity and stability. Venezuela tells a similar story—a country that was once the richest and most stable in Latin America plunging into chaos, poverty, and violence at the hands of irresponsible and inept political leaders. It is worth noting that no country, not even the United States, is 100% safe from civil unrest, but maintaining residency status or citizenship in multiple countries provides an escape route if things get too heated in one country.

According to a study by Verisk Maplecroft, nearly 40% of the world’s countries are predicted to experience civil unrest in 2020. The study projected that such major countries as China, Russia, Saudi Arabia, Brazil, Turkey, and Thailand would experience surges in civil unrest, and the unforeseen COVID-19 pandemic may only serve to further stir up unrest. In the face of such uncertainty, citizens of such countries could greatly benefit from a U.S. green card or citizenship.

As a rich, highly developed, democratic country, it’s only natural that the United States has strong and reliable infrastructure. The United States boasts some of the most advanced, highest-quality medical facilities in the world, populated by doctors trained at some of the highest-ranked universities in the world. Educational prowess in the United States begins at an even younger age—the U.S. public education system offers children a well-rounded education that allows them to discover and hone their strengths and pursue their passions.

With a constitution granting all citizens and residents certain rights, EB-5 investors are also guaranteed a life of freedom when they come to the United States with their immediate family members. While most democratic countries have freedom of speech, many do not have constitutions protecting the right, with speech sometimes being restricted even in the United Kingdom to protect public interest.

U.S. citizens and residents also enjoy freedom of the press, which many countries, particularly those under authoritarian rule, do not. In the United States, criticism of the president and government is common in mainstream media publications, whereas it would be unthinkable in countries like China. In this way, U.S. citizens and residents are exposed to a wide range of viewpoints and are able to form their own opinions, instead of being fed a single narrative by their government. In the end, obtaining a U.S. green card is about much more than just wealth and prosperity—it’s about safety, security, freedom, and human rights.

Previous Post
Enjoy a Life of Freedom in the United States with an EB-5 Visa
Next Post
Make One Passive Investment and Obtain a U.S. Green Card
Menu