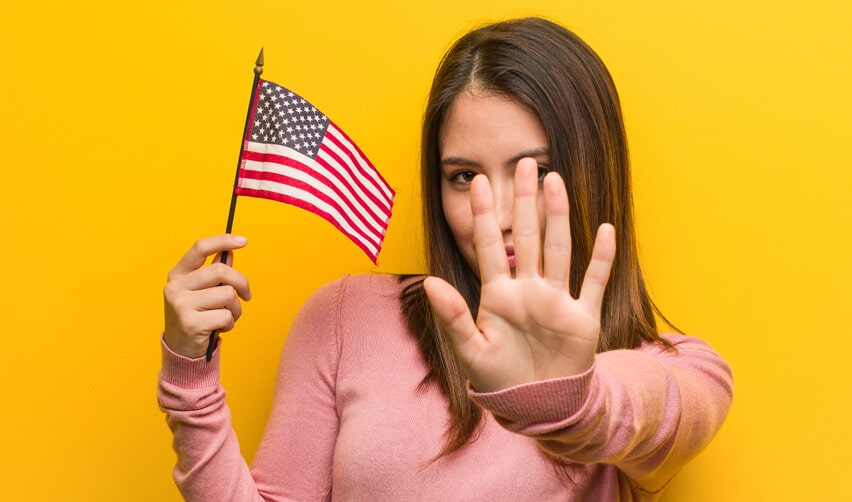 Faced with the economic fallout of the COVID-19 pandemic, President Trump enacted on April 22, 2020, a proclamation temporarily banning immigration to the United States. The ban was in effect for 60 days, but now, at the end of June 2020, with the pandemic still raging on, Trump has extended the ban through the end of 2020. The proclamation is intended to ensure jobs are given to unemployed U.S. citizens and residents instead of foreign nationals, lowering the unemployment rate in the United States and protecting the interests of its people. Not all immigrants are banned, however: Investors in the EB-5 Immigrant Investor Program are among the exemptions.

The extension of the immigration ban is effective as of June 24, when any immigrants in the affected categories without a valid visa or travel document other than a visa will be denied entry to the United States for work purposes (depending on the country they’re traveling from, they may be permitted to enter as tourists, however). Trump outlines in the proclamation that he believes it will be several months before the U.S. economy recovers and is using the immigration ban to safeguard the interests of U.S. citizens and residents until the economy is back up and running. With the enactment of the new proclamation, most work-based immigration is now banned through 2020. Unlike the previous ban, the new one also includes those who hold the nonimmigrant visas H-1B, H-2B, L, and J. Unaffected are immigrants and nonimmigrants who already live in the United States.

Not all immigration is banned: The proclamation identifies a number of exceptions. For example, foreign nationals who already have a U.S. green card will always be granted entry. Immediate family members, such as a U.S. citizen or resident’s spouse or unmarried children below the age of 21, are also permitted to immigrate to the United States. To help stave off COVID-19, the ban also allows nurses, doctors, and other health care professionals to offer their help and expertise as immigrants. Finally, the proclamation once again allows EB-5 investors to immigrate to the United States, which comes as a relief to those in the EB-5 industry. Following a May 7 open letter to President Trump by four U.S. senators requesting that Trump expand the ban to include EB-5 investors, tension and anxiety were high in the sphere.

The immigration ban makes clear that the EB-5 program offers investors obvious benefits under the COVID-19 pandemic, but the program is also superior to other visa programs even in regular times. Visas like the popular H-1B and L visas are not easy to obtain and only allow applicants to stay in the United States for a limited period of time. They are only available to highly skilled professionals who find an employer willing to sponsor them, and even then, the overwhelming popularity of the program forces applicants to compete in a lottery system for visas. Those who end up being accepted still can’t enjoy proper U.S. freedom because they are restricted to their one employer, unable to take up a second job or engage in freelance work activities on the side.

The EB-5 program, on the other hand, overcomes these obstacles. EB-5 visa holders are truly free, able to live, work, study, and travel anywhere in the country just as citizens can. They are granted these freedoms by virtue of their permanent resident status, which permits them to live in the United States for as long as they wish and even opens the door to eventual naturalization. Eb-5 investors can easily bring their family to the United States, too, since spouses and unmarried children below the age of 21 are also issued U.S. green cards.

Additionally, the EB-5 program is fairly simple to participate in and requires no sponsors. All an investor needs to have is the required investment capital, which differs based on the targeted employment area (TEA) designation of their chosen EB-5 project. For a TEA project, investors must pour in $900,000, while for a non-TEA project, investors must cough up $1.8 million. They then must prove in their I-526 petition that they have obtained the funds lawfully. Upon approval, they can apply for conditional permanent resident status, which lasts for two years. These two years are their investment period, during which their capital must remain at risk. At the end, they submit an I-829 petition showing their funds have created at least 10 full-time jobs for U.S. citizens and residents. Once their I-829 is approved, they receive unconditional permanent resident status and may enjoy the rest of their life in the United States.

Thank you for your request. One of our team members will reach out to you in the next few hours.