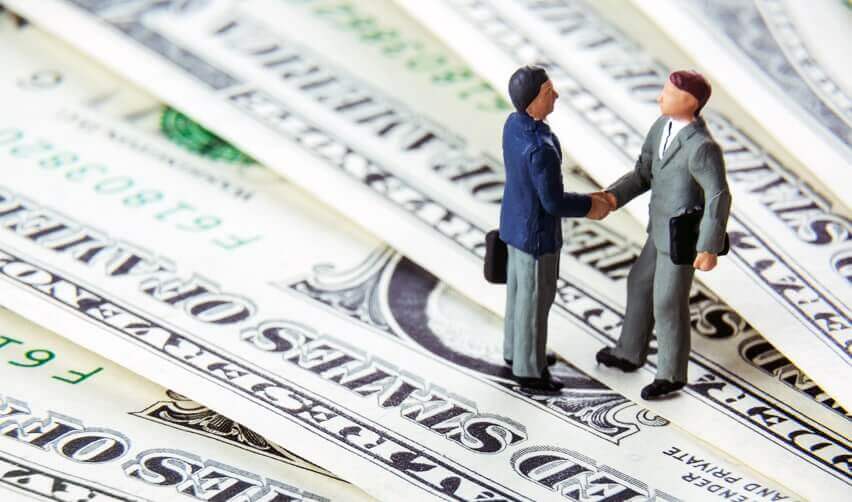 U.S. employment-based visas are some of the most sought-after visas in the world. Every year, thousands of highly skilled immigrants from around the world flock to the United States on L1 and H-1B visas, contributing their expertise and labor to the U.S. economy. While these immigrants are surely grateful for their employment in the United States, they face restrictions with their visas, permitted to live in the United States for only a limited period and unable to perform work activities beyond what is outlined in their visa. Fortunately, all they need to do to increase their career mobility and their opportunities in the United States is make a successful investment in the EB-5 Immigrant Investor Program.

An EB-5 visa offers several advantages over typical employment-based visas such as the L1 or H-1B. An applicant need only make a one-time, passive investment in a qualifying EB-5 project by working with an EB-5 regional center, and if their investment meets EB-5 requirements, including the creation of at least 10 new full-time jobs for U.S. workers, they receive U.S. green cards both for themselves and for their spouse and unmarried children younger than 21. It’s a relatively quick process that allows investors to live freely and indefinitely anywhere in the United States.

Holders of L1, H-1B, and other employment-based visas typically face strict restrictions in terms of the work activity they can engage in. In most cases, an immigrant is permitted to work only for their sponsor company, performing only the work activities outlined in their visa application. While the primary applicant’s dependents may apply for open work visas, the applicant is prohibited from taking on additional jobs, including freelance work, and even opening a business becomes complicated.

An EB-5 visa frees up a holder of an L1 or H-1B visa to seize any career opportunities they desire in the United States. Switching to an EB-5 visa does not obligate the investor to terminate their employment at their sponsor company, but it does allow them to quit, if they wish to. They may also seek additional employment, engage in freelance activities, or even start their own company easily. With an EB-5 visa, an investor can pursue the career they want in the United States, just as a U.S. citizen can.

As a bonus, an EB-5 investor who invests through a regional center isn’t even tied to the location of their EB-5 project, allowing them to live wherever they desire in the United States. This way, they can take advantage of a promising EB-5 project in Florida while living and working in the luxury of Silicon Valley, California.

One of the biggest downsides of temporary visas like the L1 and H-1B is that they only grant the holder a limited amount of time in the United States. Typically ranging from a few months to a few years, these visas are often also limited in terms of renewals, making it difficult for holders to stay in the United States long term. For those who wish to escape harsh conditions in their homeland or simply enjoy the prosperity and freedom of the United States, visas like the L1 and H-1B offer only a temporary solution.

Professionals working in the United States who wish to extend their stay indefinitely should consider obtaining a U.S. green card through the EB-5 program. Since nationals from most countries can apply for an EB-5 visa as soon as their I-526 petition is approved, if an investor times their application properly, they can switch seamlessly from an L1 or H-1B visa to an EB-5 visa without ever leaving the United States. After two years of conditional permanent resident status, they need only submit an I-829 petition demonstrating that their EB-5 investment has met the program’s requirements, and they are granted unconditional permanent resident status, allowed to live in the United States indefinitely.

EB-5 investors can enjoy the freedom of easily traveling outside the United States whenever they want without worrying about their visa status or wading through a sea of bureaucracy. Upon re-entering the United States, a permanent resident simply needs to show the border officer their valid green card, and they will be welcomed back into the United States.

An EB-5 visa allows investors to take longer trips abroad without fear of having their permanent resident status revoked—generally, EB-5 visa holders can stay abroad for up to six months with no questions from United States Citizenship and Immigration Services (USCIS). However, to maintain their permanent resident status, EB-5 investors must be careful if they plan to be abroad longer than six months, as USCIS may revoke a resident’s green card if they determine the resident no longer intends to reside permanently in the United States. An easy fix is to apply for U.S. citizenship after five years of permanent residency, as U.S. citizens may always re-enter the United States, even if they stay abroad for years.

Since L1 and H-1B holders who invest in an EB-5 project are investing from within the United States, they enjoy a somewhat simplified EB-5 process compared to their counterparts overseas. While overseas EB-5 investors must work with the National Visa Center (NVC) to file a visa application through the U.S. embassy or consulate responsible for their jurisdiction, EB-5 investors who already live in the United States on a different visa, such as the L1 or H-1B, simply need to submit an I-485 petition to change their immigrant status.

In addition to shorter wait times and avoiding the hassle of visa interviews, domestic EB-5 investors enjoy another potential advantage—being less affected by turmoil in the world. For example, during the 2020 COVID-19 pandemic, U.S. embassies and consulates closed worldwide, leaving overseas EB-5 investors unable to proceed with their visa applications. Domestic investors, meanwhile, could continue to submit their I-485 petitions and receive their EB-5 visas, upgrading their immigration status from temporary worker to permanent resident.