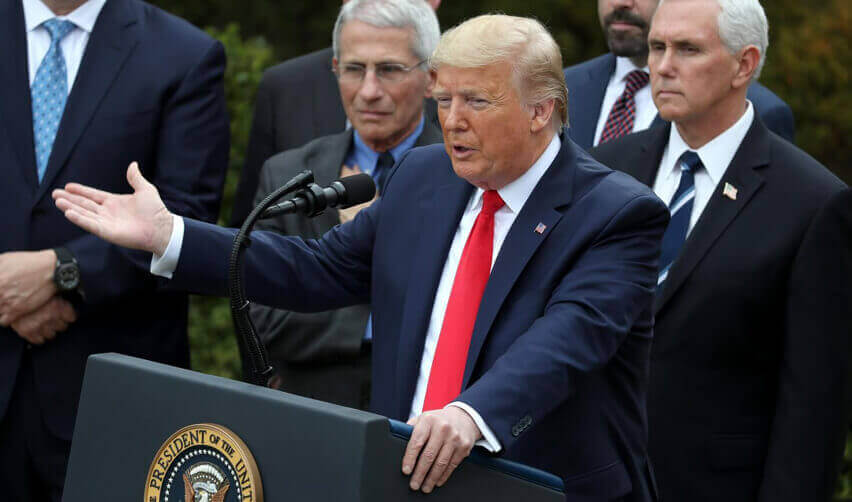 In today’s tightly connected world, viruses can travel farther and more quickly than ever before, as evidenced by the novel coronavirus that causes the COVID-19 respiratory illness. What began in China now has a strong footing in the United States, placing entire states on lockdown. Schools are out around the country, and non-essential businesses have shut down far and wide, some also undertaking mass layoffs. Under these circumstances, the false rumor posted by Politico that President Trump may increase the number of EB-5 visas and reduce the minimum investment amount is believable—but it’s ultimately unfounded.

The EB-5 Immigrant Investor Program began in 1990 with the intention of stimulating the U.S. economy and job market through foreign investment. U.S. businesses received investment capital, U.S. workers gained access to new jobs, and foreign investors were granted the opportunity to live permanently in the United States—a win-win-win.

Each fiscal year, about 10,000 visas are allocated to the EB-5 program and are claimed by successful EB-5 investors and their families (spouses and unmarried children younger than 21). If an EB-5 project is located in an area with particularly high unemployment or a particularly rural area, it may be designed as a targeted unemployment area (TEA), and investors in such projects are eligible for a lower minimum investment amount—$900,000, as opposed to the regular $1.8 million. These minimum investment amounts were raised in 2019 from $500,000 and $1 million, respectively, when the EB-5 Modernization Rule came into effect.

In the midst of the COVID-19 chaos, Politico released a report stating that Senator Lindsey Graham (R-SC) was leading a movement to make sweeping changes to the EB-5 program as a means to fight the massive economic damage the coronavirus pandemic is causing. However, Graham vehemently denies the reports, confirming that he has no plans to push the EB-5 program in the coronavirus recovery bills.

When the pandemic is finally over, the EB-5 program really does have the potential to help. It has already fostered the economy in times of need, including after the recession in 2008. When access to loans became scarce, project developers turned to EB-5 investors for capital, resulting in an explosion of EB-5 projects and, consequently, investors. The impact that EB-5 investment capital has had on the U.S. economy is massive: EB-5 investors have poured an estimated $37.2 billion into the economy since 2008 and created approximately 276,000 new full-time jobs between FY2010 and FY2015. The program helped keep unemployment rates down and provided an estimated $5 billion in tax revenues.

The EB-5 program ensures invest in areas with the most need for economic stimulation through the TEA system, as the majority of EB-5 investors choose to invest in TEA projects. A successful EB-5 investor proves that his or her investment has created a minimum of 10 new full-time jobs for U.S. workers and keeps his or her EB-5 capital at risk throughout the entire two years of his or her conditional permanent resident status. While the rumors of major changes to the EB-5 program in the face of COVID-19 are unfounded, it remains true that the EB-5 program has the potential to foster the U.S. economy and bring jobs back to the people upon the resolution of the current global health crisis.