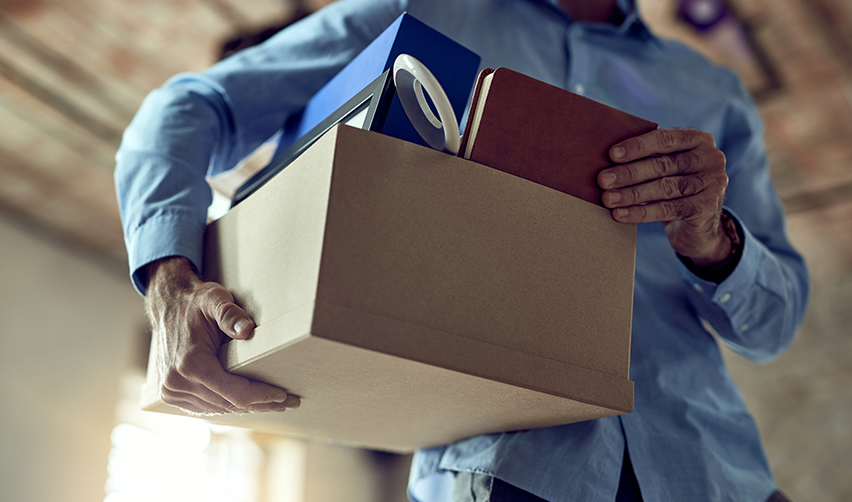 After a decades-long period of steady growth and market stability, the tech industry is undergoing a veritable crisis in 2022. The jobs of thousands of tech workers are now imperiled in what the Economist has described as “the sack of Silicon Valley.”

Twitter’s massive layoffs in November are a prime example. Approximately 50% of the company’s staff, or 3,600 workers, were laid off, and the New York Times reports that many employees found out they had been dismissed in the most abrupt fashion—during a meeting, one worker found himself suddenly locked out of Twitter’s internal system.

In recent weeks, numerous tech companies have taken similar measures, with 120,000 tech jobs eliminated in 2022. Twenty-four thousand of these layoffs have taken place in November alone.

While many tech employees are understandably aggrieved at the suddenness of the layoffs, holders of H-1B temporary work visas have more at stake than simply their jobs; their immigration status, and with it, their ability to live and work in the United States, is also in jeopardy. The tech sector has become one of the main sponsors of work visas, with the percentage of immigrant workers in the industry reaching 25% in 2007.

H-1B visa holders who find themselves laid off and wish to remain in the United States may find that the most beneficial—if not the only—solution is to pursue a Green Card through the EB-5 visa program.

Transitioning From the H-1B to the EB-5 Visa

One Twitter employee whose position survived the recent layoffs gave the following comments to the New Yorker: “The anticipation [to find out whether they would be laid off] wasn’t so stressful for me. I think it was for a lot of people, especially people who are on a work visa …. I probably would have started looking for other jobs two or three months ago. Finding another job is a lot of effort.”

These observations underscore the risk that H-1B employees in the tech sector now face of losing their jobs and having to leave the United States.

The H-1B program requires visa holders to remain employed in order to retain their immigration status, and if a worker is laid off, their employer is required to notify United States Citizenship and Immigration Services (USCIS) immediately.

Starting from the time they are laid off, H-1B workers are given only 60 days to find another eligible job before they lose their visa status and must leave the United States.

Under normal circumstances, this narrow timeframe would make it extremely difficult for laid-off tech workers to find new jobs and preserve their H-1B visas. Given the tech industry’s precarious state and the dearth of job opportunities, finding a new position at a tech company on such short notice now seems nearly impossible.

With demand for online ads on the decline and the pandemic-induced boom long over, the future of the tech industry looks more uncertain than it has in decades. Even the most successful companies in the field are downsizing, with Amazon reportedly planning to eliminate 10,000 positions. Meta has laid off 11,000 employees—13% of its workforce—and Microsoft cut hundreds of jobs in October.

Both Amazon and Meta have temporarily frozen hiring.

Of course, having to leave the United States after a sudden layoff, in some cases after living in the country for many years, can deal a difficult blow to H-1B holders’ professional and personal lives. An H-1B employee who was laid off in 2008 remarks, “I don’t think there’s any immigrant that comes to America and gets a highly competitive job expecting to be let go from it and have to leave the county, their apartment, their lives, their girlfriends and boyfriends and friends and kids and all of the things, at the flip of a switch.”

Fortunately, H-1B workers can avoid this scenario by transitioning to the EB-5 Immigrant Investor Program.

Transitioning From the H-1B to the EB-5 Visa

Many H-1B visa holders have successfully transitioned to the EB-5 program. Foremost among the benefits of an EB-5 visa is the ability to obtain a permanent Green Card that does not depend on employment.

In essence, the EB-5 program grants permanent Green Cards to foreign nationals who invest in an eligible U.S. business—typically a real estate development project—and create 10 jobs through their capital. The minimum investment requirement is $800,000 for EB-5 projects located in targeted employment areas.

The main incentive for H-1B workers to pursue the EB-5 visa category, especially if they have been or are in danger of being laid off, is the ability to adjust their immigration status immediately. After making their investment, EB-5 visa applicants can concurrently file Form I-526E, the initial petition for a Green Card, and Form I-485, the application used by non-immigrant visa holders to adjust their immigration status.

H-1B visa holders who make an EB-5 investment and file these applications concurrently will have their immigration status adjusted to “pending.” This will allow the visa applicant to live and work in the United States while USCIS adjudicates their I-526E petition, enjoying the benefits of permanent residence even before obtaining a Green Card.

H-1B workers who would like to continue pursuing their professional and personal goals in the United States have the valuable opportunity to invest in the EB-5 visa. EB5AN is pleased to offer a low-risk investment opportunity: Wohali Utah, a 428-unit housing development outside Park City. EB5AN has managed more than $1 billion in EB-5 investment funding and helped over 2,000 EB-5 investors get started on the immigration process.

In light of the brief 60-day investment timeframe for H-1B employees who have been laid off, EB5AN is allowing investors in the Wohali Utah project to make a partial investment. New applicants can invest a fraction of the required $800,000, file the I-526E and I-485 petitions, and later complete the investment amount.

In this way, H-1B investors can adjust their immigration status immediately and continue to pursue their career and personal goals in the United States. For more information on transitioning from the H-1B to the EB-5 visa, schedule a free consultation with EB5AN.