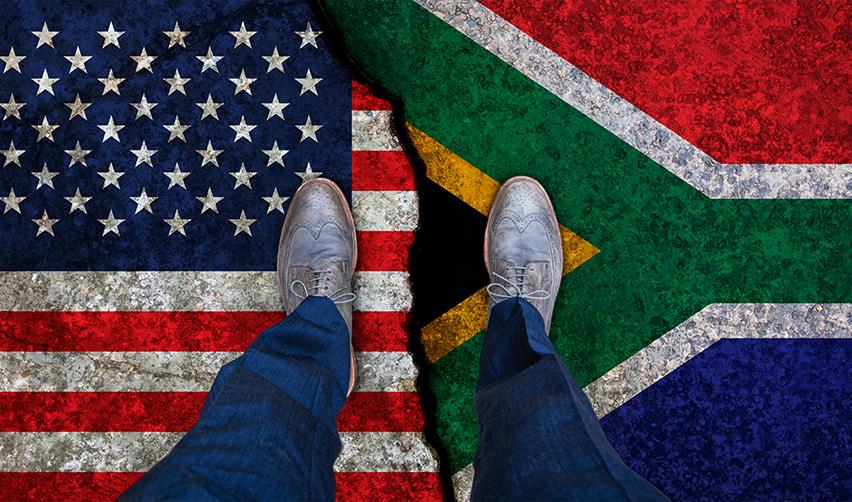 EB-5 Visas for South Africans: A Rise in Investors

Strategies to Overcome these Hurdles

How Long Will it Take?

Foreign nationals from South Africa with sufficient capital to invest and a desire to move with their family to the United States should consider an investment through the EB-5 Immigrant Investor Program. This Green Card program is widely considered to be one of the fastest and most straightforward ways for a South Africa foreign national to obtain the freedom and flexibility of lawful permanent resident status in the United States.

The U.S. government established the EB-5 program in 1990 to boost economic growth and create jobs for U.S. workers.

Under the EB-5 program, an investor must invest a minimum amount of capital in a new commercial enterprise in the United States that will create ten full-time positions for U.S. workers. In return, the investor and their family dependents are eligible to become permanent residents.

Permanent residents are granted many of the rights and freedoms enjoyed by U.S. citizens, including:

In addition, a permanent resident can eventually become a U.S. citizen.

In FY2022, the number of EB-5 visas available under the EB-5 program is approximately 20,000. As investors from each participating country can receive no more than 7% of the total supply, there is a significant backlog of applicants from high-demand countries like China. At the same time, there are plenty of EB-5 visas available to countries with a moderate demand, like South Africa.

In this article, we provide an outline of the EB-5 Green Card program, the potential challenges faced by investors from South Africa, how these hurdles can be overcome, and how long it may take to become a permanent resident through the EB-5 program.

There are various ways in which a foreign national can become a permanent U.S. resident, allowing them to live and work permanently in the United States. These include:

A South African national who invests in the EB-5 program is eligible for a U.S. permanent resident visa (a Green Card). Investors have found the EB-5 program to be an attractive option for immigration to the United States as their dependent family members (spouse and unmarried children under 21) also become eligible for EB-5 visas.

The EB-5 program requires an investment of a minimum amount in a new commercial enterprise (NCE) that will benefit the U.S. economy. The minimum is $800,000 USD if the investment is in an NCE in a targeted employment area (TEA), or $1,050,000 USD if the NCE is outside a TEA.

The EB-5 program also requires job creation. Each EB-5 project must create at least 10 permanent full-time positions, per investor, for qualified U.S. workers. These jobs must be sustained continuously for at least two years.

In addition, there are two investment models in the EB-5 program. Investors can invest directly in an EB-5 project or invest through a regional center.

A regional center is a commercial entity that promotes and manages EB-5 investment funds and funnels them into select NCEs that qualify for the EB-5 program.

The regional center program has proven to be the preferred model for EB-5 investors from South Africa and other participating countries. Regional centers typically sponsor large real estate developments and NCEs that have a larger scope.

The first step in an investor’s path to permanent residency through the EB-5 program is to choose a qualifying EB-5 project and regional center sponsor.

If the project is in a TEA, then the investor must transfer the minimum amount ($800,000 USD) to the regional center’s investment fund. The investor must be able to show that their invested capital is their own and has originated from legal sources. Legal sources include salaries, dividends, gifts, inheritances, proceeds from the sale of real estate, and the sale of stocks.

The investor then files Form I-526E to United States Citizenship and Immigration Services through the investor’s immigration attorney. This is the official government organization that oversees the EB-5 program. It is a division of the Department of Homeland Security.

In filing Form I-526E, the investor must demonstrate that:

Once the investor has received I-526E approval, then they can receive an EB-5 visa. They will also be required to undergo a medical examination. The investor must file a Form DS-260 immigrant visa application with the U.S. Department of State if they live outside the United States. If an investor already lives in the United States under a non-immigrant visa, they instead file Form I-485.

Once they have undergone the medical examination and obtained an EB-5 visa, investors are able to move to the United States with conditional resident status. These visas are valid for only two years.

Within 90 days of their expiry, the investor must file Form I-829, Petition by Investor to Remove Conditions on Permanent Resident Status, with United States Citizenship and Immigration Services. If the immigrant petition is approved, then the investor and their dependents become lawful permanent residents of the United States and permanent Green Card holders.

The growth in the number of EB-5 immigrant visas issued to South Africans was an explosive 226% from FY2017 to FY2019. At the same time, the drop in overall EB-5 Green Card issuances during 2020 and 2021 was largely due to the suspension of consular processing abroad due to the COVID-19 pandemic and the expiration of the regional center program.

Fortunately, the South African embassy and consulates have resumed processing EB-5 Green Card applications, and other pandemic-related constraints are now out of the way. In addition, the regional center program was reauthorized on June 24, 2022.

With the removal of these obstacles, we expect the popularity of EB-5 visas among South Africans to rise once more.

Besides meeting all the requirements of the EB-5 program, South Africans must contend with the strict foreign exchange controls exercised by the South African Reserve Bank (SARB) to keep track of the flow of money in and out of the country.

South African residents over 18 are permitted to transfer a maximum of R 1 million offshore without a tax clearance from the South African Revenue Service (SARS) or approval of the SARB. That amount can increase to R 10 million per year, subject to SARB clearance and a tax clearance certificate for foreign investment.

South Africans could invest in excess of the R 10 million maximum, but would need to apply for special permission from SARB and SARS.

Even R 10 million of investment capital falls well short of the minimum capital required for an EB-5 program investment. The 800,000 USD minimum requirement for an EB-5 project in a TEA roughly equates to R 13 million. However, South Africans will have the benefit of earning a return from an active investment in the U.S., and they will also have the prospect of receiving a timely return on their capital if they invest in a low-risk project.

Since the cost to immigrate to USA from South Africa is substantial, South Africans are advised to work with an immigration attorney with ample experience in the EB-5 industry.

Strategies to Overcome these Hurdles

Despite the South African government’s limits on the transfer of money abroad, there are ways for South African investors to transfer the funds required to invest in an EB-5 project.

First, if an investor already has money abroad in diversified portfolios, then the investment amount may not need the approval of SARB or tax clearance by SARS.

Secondly, each adult South African citizen can transfer R 10 million per calendar year offshore for any legitimate purpose. Investors may consider combining their maximum contribution with maximum contributions from their spouse and/or adult children each year.

EB-5 investors should consider using an experienced South African-based foreign exchange intermediary to give them the best chance of complying with SARS and SARB requirements.

Moreover, these strategies will allow an investor and their family members to remain eligible for EB-5 visas under United States Citizenship and Immigration Services regulations, provided the sources of their funds are legal and the investor has the documentation to prove it.

How Long Will it Take?

All EB-5 investors can expect the Green Card immigration process to take several years. Adjudication of the I-526E petition alone may take two years or more.

Now is an opportune time for South African investors to apply to become permanent residents of the United States. Investors in rural TEA projects can even receive priority processing of Form I-526E.

Potential investors should retain an immigration attorney who is familiar with South African legislation and the EB-5 immigration program.

If you are from South Africa and are interested in pursuing an EB-5 Green Card, please contact the EB5AN team.