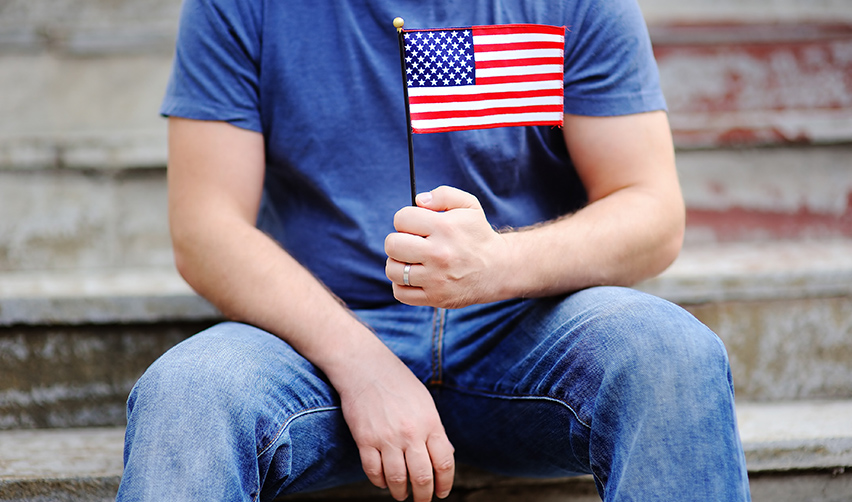 According to data from the U.S. Department of Education, more than one million international students are enrolled in U.S. higher education. Of those, 50% were enrolled in science, technology, engineering, and mathematics degree programs. At the graduate level, a staggering 54% of all master’s degrees awarded across the entire United States in the 2016–2017 school year went to foreign students.

The H-1B visa, however, is no longer a reliable option for international students seeking employment after graduation, nor is the H-1B visa reliable for the companies seeking to hire these graduates.

Every year, United States Citizenship and Immigration Services (USCIS) holds an open lottery for H-1B visas. The March 2021 open registration period saw more than 308,000 applicants, but with a yearly cap of just 85,000 H-1B visas available, USCIS accepted only 27% of lottery entrants. The current cap on the number of H-1B visas was lowered in 2004 and has not been raised since, despite a more than 250% increase in applicants between FY 2007 and FY 2020.

Today, most international students’ applications are denied by the visa’s random lottery, not based on the merit of their individual cases. Merely winning the visa lottery, however, does not mean an applicant has been approved for an H-1B visa. In fact, USCIS typically notifies more than 85,000 lottery winners, with the expectation that a vast number of them will not be approved, to ensure the full quota of 85,000 H-1B visas are actually awarded.

The Effect of Buy American and Hire American

Denial of H-1B visas has been rising for years. According to USCIS data, the approval rate for H-1B visas under President Trump dropped from 94% in 2016 to 85% in 2019. In that same time, the rate of H-1B visa applicants asked to submit additional documentation nearly doubled.

The Trump administration’s executive order 13788, titled, “Buy American and Hire American” (BAHA), allowed USCIS and the Department of Homeland Security (DHS) to issue stricter requirements for companies hiring H-1B applicants. BAHA directly contributed to a rise in rates of both H-1B case denials and time-consuming requests for evidence (RFEs). According to USCIS data, FY 2019 RFE rates for H-1B visas reached 40%. And in FY 2020, nearly 26% of all H-1B visa petitions were denied.

How American Companies Have Responded

Student work visas allow international students to continue working for employers for a maximum of three years after graduating. After that, if a graduate cannot obtain a proper work visa, such as H-1B, then the employer must lay off that graduate, who is required to return to their home country.

Increasingly, U.S. companies are devising indirect ways to retain international employees. In an internal training video obtained by the New York Times, medical software developer Cerner offered foreign workers who lose the H-1B visa lottery the option of enrolling in another U.S. degree program and continuing as student employees. Tech companies such as Google, Amazon, and Facebook often transfer foreign employees to overseas offices and wait for them to re-apply for the H-1B lottery.

What About American Workers?

Speaking to the Times about her time consulting for an I.T. company, immigration lawyer Lauren Jo remembered a period during which the company tried to hire only American workers. “Two or three years went by, and they just couldn’t find the right qualified workers for these jobs for U.S. workers and said, ‘OK, we have to start hiring H-1B workers for these positions.”

Britta Glennon, an assistant professor at the Wharton School of Business, recently analyzed data on multinational companies based in the United States in a 2020 working paper. Glennon found that, when faced with an increase in restrictions, companies dependent on H-1B visas were more likely to invest in overseas operations than to hire American workers.

Glennon demonstrated that for every 10 H-1B visa positions that went unfilled, three jobs were sent overseas; the work for the seven other jobs was spread among the company’s current employees. Glennon’s research suggests that policies intended to shift job positions from H-1B workers to U.S. workers in part resulted in increased outsourcing.

EB-5 Investment as an Option for International Students

Many high-net-worth foreign nationals are choosing to skip the student visa, student work visa, and H-1B visa processes altogether. Instead, they are pursuing permanent U.S. residency by making qualified EB-5 investments under the USCIS EB-5 Immigrant Investor Program, created in 1990 “to benefit the U.S. economy through job creation and foreign capital investment.” The EB-5 program allows foreign investors to make investments that create at least 10 new permanent U.S. jobs, and in return, the investor, his or her spouse, and any unmarried children under age 21 all receive green cards.

Foreign children with green cards can apply to U.S. colleges and universities as U.S. students, increasing their likelihood of acceptance by more than 600% at top universities like Yale and drastically decreasing tuition costs. Upon graduation, children with permanent resident status may live and work anywhere in the United States.

The Future of the H-1B Visa

Under the Biden administration, the H-1B visa process has largely returned to the status quo prior to the Trump administration. Biden revoked BAHA with his own executive order of January 25, 2021, “Ensuring the Future Is Made in All of America by All of America’s Workers.” The Biden administration also rescinded a 2019 rule requiring spouses of work visa applicants to be photographed and fingerprinted, which created significant processing backlogs. Other longstanding policies targeting H-1B visa applicants have likewise been rescinded, including a 2000 policy memo increasing restrictions on “H-1B computer related positions” and a 2017 policy preventing immigration officers from deferring to prior decisions when considering visa extensions.

The future of the H-1B visa process remains unclear. What is certain is that increased restrictions and a rise in remote working will cause more companies to outsource jobs overseas and will drive foreign nationals to other reliable visa alternatives, like the EB-5 program.