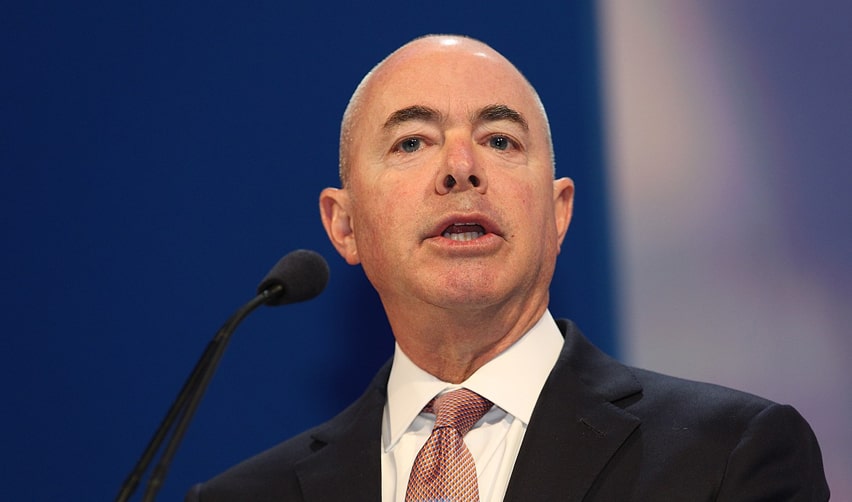 In 2020, before assuming presidential office, Joe Biden announced his choice of Alejandro Mayorkas as secretary of the Department of Homeland Security (DHS). The day before President Biden’s inauguration, Mayorkas was the subject of a Senate hearing to confirm his takeover of the important position, which oversees U.S. immigration policy. Since the EB-5 Immigrant Investor Program is overseen by DHS, EB-5 investment stakeholders should keep an eye on the unfolding developments of leadership transitions at DHS, as the secretary of DHS can implement new policies that change the EB-5 program.

Mayorkas has encountered a speedbump to his assumption of the important DHS leadership role: Senator Josh Hawley, a Republican representing Missouri, has blocked the fast-tracked confirmation in favor of a more rigorous vetting process. Hawley’s concern is that Mayorkas will fail to uphold U.S. border security laws at the southern border. The expectation is that Mayorkas will nonetheless be confirmed, but since the process has been delayed, head of the Transportation Security Administration David Pekoske will assume the role in the interim.

If confirmed, Mayorkas will be the first immigrant to lead DHS, although the United States is his only true home, having been under a year old at the time of immigration. Mayorkas was born in Cuba but immigrated to the United States as an infant when his parents fled the communist regime in the island country in 1960. His family established a new life in Los Angeles, and Mayorkas achieved success as a lawyer in the Central District of California, winning several prosecutions of white-collar crimes. His next move was to dive into politics in 1989, and nine years later, he was appointed by President Clinton as U.S. attorney of the Central District of California. He worked hard in the position until Clinton’s term expired in 2001, overseeing various cases of high stature.

Mayorkas’s Work in the Obama Administration

Mayorkas jumped back into high-level leadership when President Obama assumed office in 2009, having been appointed to the vital role of secretary of U.S. Citizenship and Immigration Services (USCIS). For four years, he toiled as the head of the United States’ federal immigration agency, devoting significant time specifically to the EB-5 program. The EB-5 investment community should rejoice about Mayorkas’s likely takeover of the DHS, given his favorable track record with the EB-5 program.

Mayorkas’s previous work with the EB-5 program has included reviving it from, in his own words, the “badly broken” state in which he inherited it in 2009. It was drastically failing to live up to its potential, with a measly 800-odd foreign nationals committing to an EB-5 investment in 2007 and reaping the benefits of U.S. permanent resident status. Leveraging the opportunity the 2008 financial crash presented, Mayorkas worked closely with the EB-5 program and, in just two years, succeeded to quadruple the number of foreign nationals partaking in EB5 investments. In his last year in the position, Mayorkas introduced a new system for I-526 and I-829 petition evaluation, which led to massive growth in the program. In fact, in 2014, the program finally granted all the EB-5 visas allocated for the fiscal year for the first time in its history.

When Mayorkas left USCIS, it was to assume a position as deputy secretary of DHS in December 2013. His confirmation at the time echoed the one in January 2021, with delays due to accusations of “exerting improper influence” to get a small number of EB-5 investment petitions approved. However, an investigation into the alleged actions revealed no misuse of power, and his confirmation was finalized in 2014. As deputy secretary of DHS, Mayorkas worked to better the United States’ relationship with Cuba and oversaw DHS’s response to the Ebola and Zika epidemics.

Mayorkas: A Welcome Change for the EB-5 Program

Though Mayorkas’s precise treatment of the EB-5 program is impossible to know before he jumps into the position, EB-5 industry experts expect Mayorkas’s leadership to be positive for the popular residency-by-investment program. Mayorkas boasts extensive experience not only with immigration, politics, and legal matters but also the EB-5 program specifically, which means his likely confirmation is probably going to benefit EB-5 stakeholders and those who have made an EB5 investment in a better future in the United States.