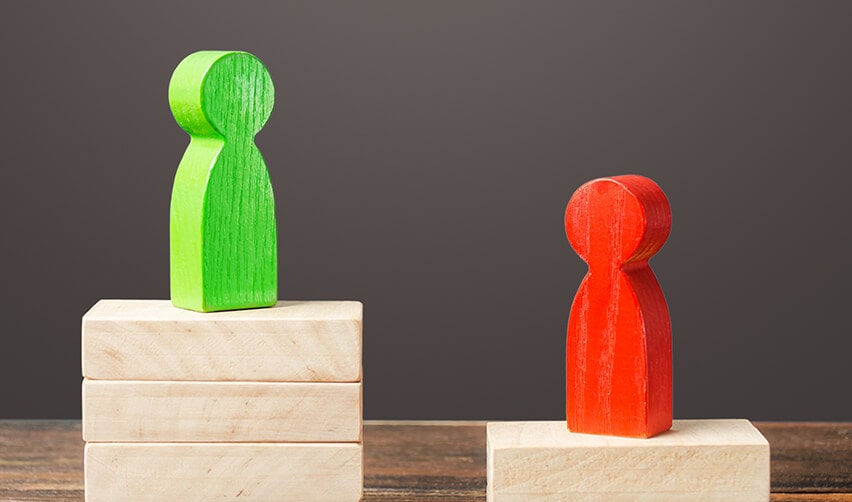 What 2020 U.S. Election Results Could Mean for the EB-5 Program

The growing polarization of U.S. politics has made the 2020 presidential election contentious, to say the least. Even though Joe Biden has finally been declared the projected winner of this election, rampant accusations of election fraud are serving to fuel animosity on both sides of the political coin. While there is no doubt a Biden administration is bound to bring about significant change in the United States, what exactly will the EB-5 Immigrant Investor Program look like in Biden’s America?

Ahead of the latest results, Executive Director of Invest in the USA (IIUSA) Aaron Grau said changes to the program would take place regardless of who won the election, and that makes sense. First on the calendar is the EB-5 Regional Center Program, which is set to expire on December 11, 2020. Grau expects a closer examination of the program prior to reauthorization. As it were, Trump will still be in office when this review takes place, and he has the authority to introduce changes. Shortly thereafter, the president-elect is likely to conduct a subsequent review, which could usher in additional program updates.

So, who’s better for the EB-5 program? Let’s take a closer look.

Trump’s Favoring of the Economy vs. Biden’s Stance on Immigration

The EB-5 program wasn’t a partisan effort upon inception in 1990. The House of Representatives approved its enactment with a landslide vote – 423 to 3. Yet, broad approval from both sides of the aisle hasn’t kept both politicians from walking on eggshells when it comes to what now amounts to a controversial investment immigration program. It was originally passed to foster an ailing U.S. economy, but today, the immigration component has rendered it politically dangerous.

What we do know is that while Trump has been notoriously harsh on immigration during his time in office, his decisions made clear he was not against the EB-5 program. When he signed his April 22, 2020, executive order that temporarily suspended immigration due to the COVID-19 pandemic, for instance, he spared EB-5 investors. Then, when he extended the executive order through December 2020, he expanded the number of immigrant classes. Once again, EB-5 investors made the cut. This is likely due to the clear economic benefits the EB-5 investment program provides.

On the other hand, Biden is a clear supporter of immigration to the United States, but that doesn’t mean a Biden presidency will spell success for the EB-5 investment program. Especially given that Biden may have his hands full with more pressing immigration matters, it may be easier for the president-elect to sidestep this more controversial program. Additionally, if a Biden administration is able to quickly re-establish the global perception of the United States as a country that welcomes immigrants, this could result in an influx of immigration again and may affect processing times for EB-5 investment participants.

While it is still a bit early to know for sure what treatment to expect from the incoming administration, there are other political factors outside the White House that may even have a greater impact on the way this program is managed.

Don’t let the fervor over this U.S. presidential election cloud the fact that this government isn’t run by just one sitting president. As of November 19, 2020, Senate and House results have been called in nearly all local elections. While the House has secured a Democratic majority, the Senate will retain its Republican majority unless Democrats win both runoff elections in Georgia in January 2021. A Republican-run Senate is likely to limit the changes Biden could make to the EB-5 investment program.

The reason Senate control is so important is that the Senate oversees Homeland Security operations. The Office of Homeland Security manages United States Citizenship and Immigration Services (USCIS). So, the party controlling the Senate can exercise more power over the EB-5 program than one might expect. The silver lining is that the EB-5 program maintains bipartisan support (and opposition). Generally, support for the program is fueled by urban versus rural concerns and interests rather than Democratic versus Republican party affiliation.

Representatives of rural areas experiencing higher rates of unemployment and poverty tend to favor the program due to its targeted employment area (TEA) investor incentives. This is especially true following the enactment of a Modernization Rule in November 2019, as the rule changes reflect even greater favor for EB5 investment in higher-needs areas.

One additional political element making positive waves around the EB-5 program is the true and real push for reform, particularly in shoring up its integrity. Vermont Senator Patrick Leahy (D) and Iowa Senator Chuck Grassley (R) have tirelessly collaborated over the course of their tenure to bring EB-5 reform and tighten integrity measures to the forefront. These two representatives prove the EB-5 program is one worth crossing the aisle. They also prove that real change to EB-5 investment program requirements is possible.

Industry professionals welcome EB-5 program reform that would improve integrity, and both USCIS staff and the House Judiciary Committee staff believe that any EB-5 reform must include new integrity measures. Exciting reforms seem to be on the horizon, but we still aren’t sure how far out that is.