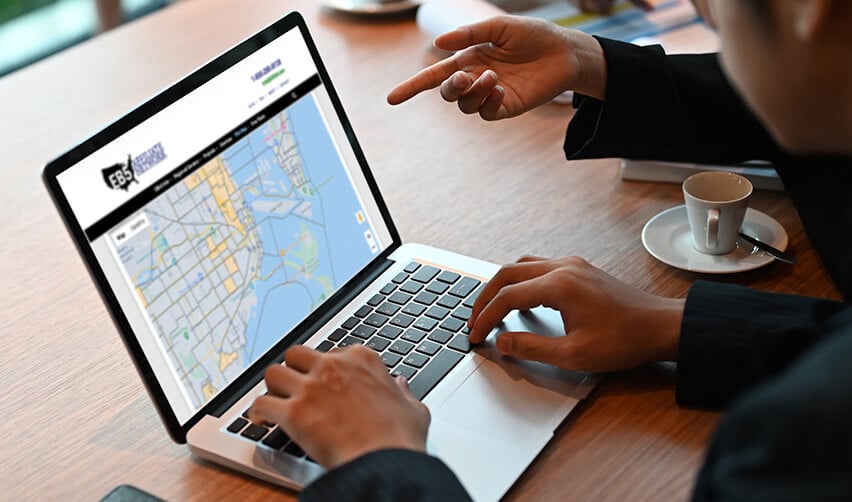 All projects approved through the EB-5 Immigrant Investor Program can be split into two geographical categories: those inside a targeted employment area (TEA) and those outside. The majority of foreign nationals who choose this pathway to obtaining a U.S. green card opt to invest in projects with TEA designation. Why? There are several common reasons, but one of the starkest differences between these two options is the capital requirement for participation.

Foreign investors seeking permanent resident status in the United States through an EB-5 investment must invest a minimum of $1.8 million in a program-approved project. However, if an investor decides to invest in a targeted employment area, that minimum required capital amount is cut in half: EB-5 participants only need to invest $900,000 when they choose a project inside a designated TEA.

So how does one prove their EB5 investment funds are serving a targeted employment area? Well, EB5AN has made that a bit easier for foreign investors.

Historically, program participants would reach out to the state labor department in their project’s state to obtain an official TEA designation letter that attests to the TEA status of the project. The investor would then include the designation letter with Form I-526 when petitioning United States Citizenship and Immigration Services (USCIS). USCIS adjudicators used this evidence to approve the lower minimum EB-5 investment amount. That changed, however, when the new Modernization Rule took effect in mid-November 2019.

This single regulation contained a ream of mandates for TEAs, including the elimination of state-issued TEA designation letters. However, the requirements to prove TEA status haven’t gone away. Every I-526 petition still must be accompanied by supporting documentation before the lower minimum investment amount is approved. This new rule is simply meant to redistribute the onus for accuracy in reporting the TEA status of an EB-5 project from the state government to investors themselves.

Designation Letters from an Industry Expert

Ensuring the TEA status of a project can be quite daunting for a foreign investor with no history or experience with designation and without the help of a trained professional. But it doesn’t have to be. Although a designation letter is no longer allowed to come directly from a state’s labor department, investors are allowed to provide one from a private expert.

In addition to the expert’s designation letter, a multitude of other justifying evidence must be submitted prior to the approval of the lowered EB-5 investment. EB5AN has just the experts – and the documentation – EB-5 investors need.

The TEA Map Provided by EB5AN

While the Modernization Rule has brought on new challenges for foreign investors seeking to invest in a designated TEA, using EB5AN’s TEA map can dramatically facilitate EB5 investment processing. EB5AN has taken the guesswork out of data sufficiency and accuracy by accessing the latest in official figures and data from the U.S. Bureau of Labor Statistics and Census Bureau and culling only what is relevant to proving each investment partner’s case for TEA designation.

For the uninitiated, these sites can be overwhelming, and the price of making a mistake is too high – $900,000, to be exact. For an EB-5 investment participant who can’t afford to double their minimum, it may cost them (and their family) a future in the United States. This risk makes EB5AN’s TEA map any EB-5 investor’s ideal solution for justifying a TEA designation.

Using this invaluable tool is as easy as entering in your project address and reviewing the map displaying the TEA status of your project’s particular region. TEA-qualified census tracts are highlighted in orange, providing easy, instant identification of TEAs. This is exactly what the EB5AN map was designed to do.

For investors concerned that the individual census tract for their chosen project does not qualify for TEA status, don’t fret yet. It may fall under TEA status when combined with neighboring census tracts. Another amazing feature of EB5AN’s map is that it automatically combines census tracts when possible, creating custom TEAs where necessary and maximizing an investor’s chances of their EB-5 project qualifying for TEA status.

When an EB-5 participant’s project is found to be in a designated TEA, they may access EB5AN’s official TEA letter template at no charge. Simply complete the form letter with the project details to craft a thorough and succinct TEA letter offering clear evidence for the project’s TEA designation. As an added bonus, because of EB5AN’s history with USCIS, adjudicators are more easily able to recognize the documentation you provide when it comes from EB5AN.