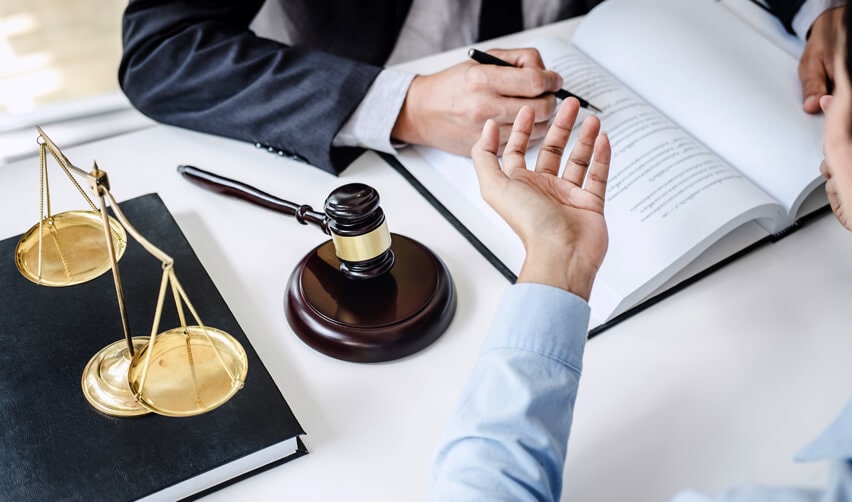 A Writ of Mandamus: What It Means to EB-5 Petitioners

United States Citizenship and Immigration Services (USCIS) has always been up front about long processing times for EB-5 investment petitions. Two years isn’t an uncommon wait time for EB-5 investors, and those applying from countries experiencing massive backlogs like China may find themselves waiting five years or longer. But is the wait acceptable? EB5 investment participants don’t always think so. These significant delays have real-world implications for those awaiting adjudication throughout the EB-5 investment process.

Besides the incalculable “missed opportunity” losses associated with postponing a life in the United States, there are also increased risks associated with individual capital terms while meeting EB-5 capital requirements, for instance, or the possibility of previously eligible dependents losing their opportunity for a U.S. green card by getting married while waiting for adjudication.

So, what can a foreign investor with an active EB-5 investment do about USCIS taking an inordinate amount of time to adjudicate an I-526 petition? While recourse is scant, EB-5 investors caught in a processing holding pattern do have options – two, to be precise. First, petitioners who filed prior to USCIS’s date for case inquiry (displayed in the tables for USCIS’s estimated case processing time ranges) are permitted to request an update by filing a case inquiry. Unfortunately, this option covers very few investors due to listed dates for case inquiry stretching so far back in time, rendering the solution virtually useless. The second option is to file a writ of mandamus, which also poses its own set of risks.

A Viable Course of Action

The only truly viable course of action among EB-5 investors stranded inside USCIS’s broken case inquiry system is to file a writ of mandamus. A writ of mandamus will effectively force USCIS to adjudicate a pending petition. Within the context of an EB5 investment, a writ of mandamus may be used to demand that USCIS adjudicate two of the many petitions involved: I-526 and I-829 petitions.

The most important thing for EB-5 participants to note is that the primary concern in forcing USCIS to adjudicate a petition immediately is the increased risk of them rejecting it altogether. Should the form or supporting documents prove insufficient or inconsistent in content, a USCIS adjudicator who is under the order of such an action may elect to deny the petition rather than send a request for evidence (RFE).

Due to the inherent risk of putting an adjudicator on the spot, a writ of mandamus is only ever recommended as a last-resort measure. EB-5 investors who have reached a point where they begin to question whether filing a writ of mandamus may be the appropriate next step should consult an experienced EB-5 immigration attorney for a case review.

An attorney may look at the naturally longer wait averages associated with a particular country’s demand for the program and offer insights into why an investor may want to wait it out a bit longer before taking this kind of action. They will also reference the latest news in legislation and visa allocation to advise investors based on the current climate and/or upcoming changes. Ultimately, an attorney can help an EB-5 investor determine whether this type of filing would more likely help or hinder processing based on the investor’s unique circumstances.

When such risks are involved, one way to quell concerns is to examine legal precedent in similar scenarios. Pertaining to writs of mandamus and EB-5 petition processing, there are two lawsuits that point to a precedent for success.

A common concern among EB-5 investors who believe their processing wait times are exceedingly lengthy is that the USCIS will argue their average processing times are “reasonable.” This is especially true when their petitions are still listed within the published estimated processing time range. That said, there are two lawsuits (Raju et al v. Cuccinelli and Keller Wurtz v. USCIS) on record in which judges disagree with this argument.

Between the two cases, nearly a dozen EB-5 investors who had submitted I-526 petitions within 22 to 29 months prior filed suit for delayed processing. By EB-5 historical standards, it is not abnormal to wait that long (and often longer) for adjudication. Based on estimated processing time ranges published by USCIS, then, these plaintiffs were not actually facing excessive waits, and USCIS argued as much. They said delays reaching four years were “reasonable,” in fact. Evidence included estimated case processing time ranges (which sometimes reach beyond six years).

However, the judges didn’t see it that way. In both suits, the court sided with the EB-5 immigrants. They opined that the USCIS’s argument of it taking just as long to adjudicate other I-526 petitions doesn’t make the wait times for any of them “reasonable.” The reason this decision became a landmark case is that the judge essentially ruled that the majority of USCIS’s I-526 petitions were being adjudicated with unreasonable delays. This is a bombshell ruling.

Furthermore, both judges referred to the congressional decree that said immigration application processing times shouldn’t reach beyond 180 days. They both found that “reasonable processing times” should fall within a count of weeks or possibly months – not years. Both lawsuits ended in victory and serve as a precedent for EB-5 investors seeking resolution in their own processing wait times today.

Add these two court defeats to the rest of USCIS’s hardships in 2020. They were nearly sunk financially in August 2020, narrowly avoiding carrying out a major furlough that could have left 70% of their staff jobless. Efforts to reduce spending and increase revenues saved thousands of USCIS employees, but these spikes aren’t in any way thought to be permanent. The immigration agency also proposed filing fee increases on a number of petitions (including Forms I-526, I-829, and I-485), but the legislation was enjoined at the end of September 2020, costing USCIS millions in lost revenue.

With this new precedent set, USCIS may find itself forced to speed up EB-5 adjudication processes even further. The agency doesn’t have much choice in the matter now other than to realign itself and get to processing EB-5 petitions. In fact, the success of these two cases just may inspire further writ of mandamus filings by program participants with active EB5 investments. If judges continue siding with investors, USCIS will have a whole new set of challenges heading into 2021.