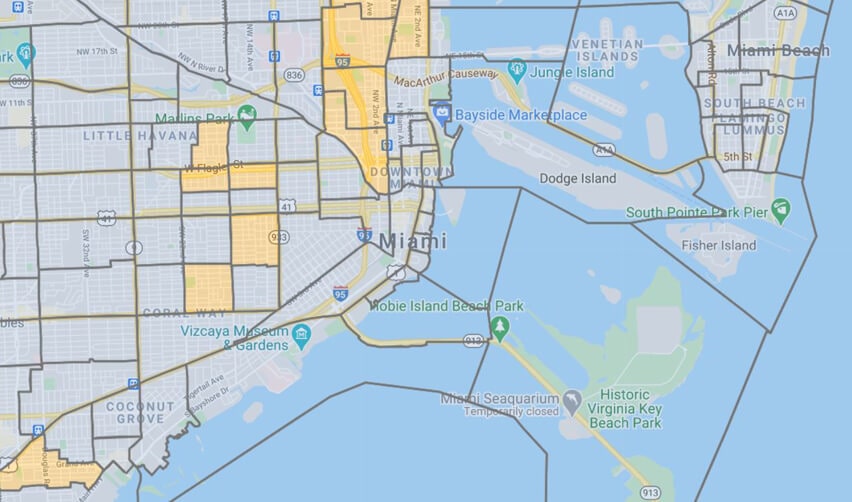 EB5 Affiliate Network (EB5AN) has added several useful features to its interactive national targeted employment area (TEA) map. The map allows users to immediately see whether a project address is in an area that qualifies as a TEA. While the revised map has several features that make it easier to use, it also allows users to download a free TEA qualification report they can include with their United States Citizenship and Immigration Services (USCIS) filings. To fully appreciate the features and benefits of the new EB5AN TEA map, learn more about the importance of TEA qualification and the TEA qualification requirements.

The Importance of TEA Qualification

One of the key requirements investors must meet to qualify for permanent U.S. residency under the EB-5 visa program is investing the minimum investment amount. This is usually $1.8 million, but to funnel funds to the areas most in need of employment opportunities, or targeted employment areas, Congress halved the minimum EB-5 investment amount for projects in these areas. Therefore, EB-5 investors need invest only $900,000 in projects in TEAs. However, EB-5 investors must prove to USCIS that their investment projects are in areas that qualify as TEAs by submitting a TEA qualification report with their I-526 petitions.

For a project site to qualify as a targeted unemployment area, it must be considered a high-unemployment or rural area. A high-unemployment TEA must have an unemployment rate of at least 150% the national average. A rural TEA must fall outside a city or town with a population of 20,000 people, and it can’t be in a metropolitan statistical area.

USCIS accepts four calculation methods for TEA eligibility, and the project site needs to qualify under only one of these methods. Additionally, the data used must adhere to validity, verifiability, and internal consistency requirements set by USCIS.

Of the four calculation methods, one relates to rural TEA qualification. This method is based on population data drawn from the most recent 10-year U.S. census and data regarding geographical regions released by the U.S. Office of Management and Budget.

The remaining three methods relate to calculating unemployment rates to assess whether an area qualifies as a high-unemployment TEA:

Additionally, should a single census tract fail to qualify, census tracts can be combined, subject to certain restrictions. If the weighted average unemployment rate in the combined tracts equals or exceeds 150% of the national average, the combined area qualifies as a TEA.

While these qualification requirements and calculation methods seem simple enough, developing a TEA qualification report—or simply confirming TEA qualification—can be a complex, time-consuming process that requires the help of an EB-5 practitioner. Even finding the correct data sets can be difficult. The EB5AN TEA map simplifies this process.

One of the greatest benefits of the EB5AN TEA map is that it allows users to immediately see whether their project sites could qualify as TEAs—without introducing errors. The TEA map, which covers the entire U.S., has several additional useful features:

The EB5AN TEA map, available on EB5AffiliateNetwork.com is completely free to use. This includes an unlimited number of address searches and TEA qualification report downloads.