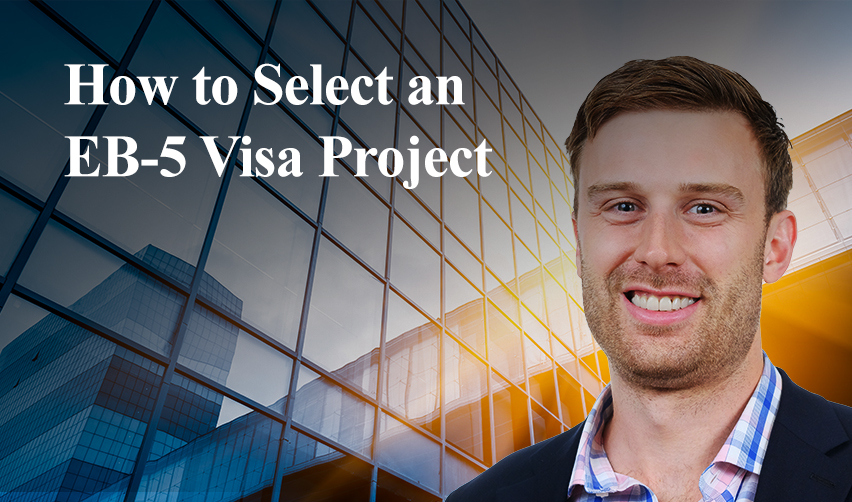 (00:00):
Mike Schoenfeld: A lot of the time in traditional EB-5 1.0 or 2.0, when you’re in the best position where Wells Fargo or CIBC is the senior lender, you have a very professional company with the project managing the capital outflows and working with the developer. So, you could just trust that things are working because Wells Fargo is in there lending the money, and the developer’s building it. If all of a sudden you start taking away that institutional person, then I think it’s even more important to have independence where whoever’s looking after the EB-5 money is separate from the developer and truly acting as a third-party lender—with the investor’s best interests in mind—because all of a sudden you’ve crossed to where there’s a conflict and no other watchdog on the deal. I would say that’s probably one of the important things to focus on, especially if EB-5 creeps up into the capital stack and starts displacing some of those more traditional senior lenders.

(00:52):
I think everybody got a little bit scared of, “What does it mean that you have to have these direct jobs?” And then when you start going and backing into the numbers, knowing that it’s $800,000 [the minimum EB-5 investment amount] instead of $500,000, we ask, “What portion of the capital stack is EB-5?” We ran a lot of different scenarios and found that the rules didn’t really change anything. None of the projects that were viable before aren’t viable now because of this change in the law. So even though it’s in there, it was kind of a red herring for us, and we realized that it’s business as usual, at least on that side—especially with the increase from $500,000 to $800,000. Most of the deals we work on have longer construction timeframes anyway. Even for some of the smaller deals that we looked at with a one-year construction timeframe, they were still able to meet those requirements, and I think it excludes very few [projects]. But it was a very important change to know about, although it didn’t really impact the capital structure.

(01:41):
And I would say that all the deals that we’ve been working on still have a very large institutional senior lender involved; we haven’t found a deal where it makes sense to put EB-5 in a senior position. Also, we don’t work on deals that are not already fully capitalized, and most banks don’t want to be there as a backstop until we find the money. So, I don’t really see us moving into that type of position. But I will say that as a large [project], you can have a larger portion of the capital structure as EB-5, where it leads into what traditionally would have been the senior loan— and you’re not getting a 60%, 70% loan-to-cost anymore. And you can take that senior loan down in terms of leverage and use EB-5 as more of a stretch mezzanine piece to lower the overall portion of the deal that senior banks loan and make it so that there’s a little bit less of that overhang.

(02:30):
I would say that we’re not going to be replacing senior loans completely in that, but it does make it where …. Historically, if a great developer could go out there and get a 75% loan-to-cost, I mean there wasn’t really any room for EB-5 in there because they were not doing it without developer equity. So, with the new lending environment and the higher interest rates from banks, it makes EB-5 a lot more competitive, even competing with that. And more of the deal can be EB-5, which also leads to an easier takeout in the backend.

(03:01):
When we’re speaking with investors, there are always two key concerns. First is immigration risk: “How do I know I’m going to get my Green Card?” And if you have a project that’s already under construction and fully capitalized, and you know that it’s going to be completed, often enough jobs are already in place. That’s the first check box you can be assured of—if the project’s in a TEA or a rural area, construction’s going on, and the jobs are there—you know you’re getting a Green Card. So the next question: “How do I know if I’m going to get my money back?” And that’s where it really matters to choose the asset class in this environment, who the developer is, what the financing plan looks like, where the capital’s coming from, and eventually, the disposition of it. As of now, we’ve done deals in many different asset classes historically, and as I mentioned, we also believe in housing.

(03:49):
We’re in single-family housing because you can modulate how quickly you’re building based on what the demand is. And when you’re doing an EB-5 investment, that’s a five-to-seven-year timeframe. There’s a lot of wiggle room there; even if we have a horrible recession, you can ride it out as long as there’s not a large debt overhang where you have to refinance it. So, we’re very actively looking for deals where there are lots of ways to mitigate the risks of going into a deep recession and several different types of exit plans, minimizing the type of catastrophic failures that you saw after 2008 and in other recessions; and avoiding projects that have that exposure.