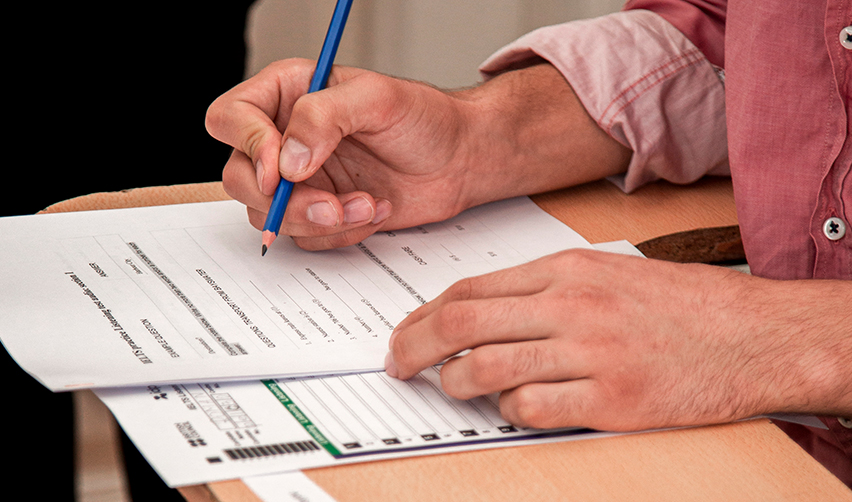 On January 4, 2023, United States Citizenship and Immigration Services (“USCIS”) published Form I-956K, Registration for Direct and Third-Party Promoters. All direct and third-party promoters, including migration agents, are required to register with USCIS through Form I-956K before promoting an EB-5 investment offering.

We now analyze the major sections of Form I-956K and suggest best practices for registrants.

What Must Be Included in a Promoter’s “Written Contract”?

Adjusting to New Regulations Under the RIA

In Part 1, the registrant must identify as a direct promoter, a third-party promoter, or a migration agent.

No definitions for these terms are given on the form or in the Instructions to Form I-956K. Moreover, migration agents, especially outside the United States, can go by various names—including immigration consultants and immigration advisors. Many of these individuals act as investment brokers who offer extra services to high-net-worth individuals seeking U.S. residency through an EB-5 investment.

As a result, the distinction between third-party promoters and migration agents is somewhat unclear. A key difference between these two roles may be who pays the promoter—i.e., the RC/NCE or the investor.

Part 2 has sections for individuals and organizations. Individual registrants are asked for their full name and previous names or aliases; date of birth; country of birth; all countries of citizenship/nationality; and alien identification number (if applicable). Organizational registrants must provide the name and type of entity, the state or country of establishment, the locations in which the entity is registered to do business, and a tax identification number. Form I-956K requires complete contact information for all registrants.

The final section of Part 2 asks about the registrant’s “Employment or Association.” Question 20(A) asks, “Are you employed to work as a promoter or otherwise engaged as a promoter on behalf of another promoter?”

Form I-956K, its instructions, and the EB-5 Reform and Integrity Act of 2022 (“RIA”) do not provide a precise definition of “promoter.” This broad designation may include both people or firms that “sell” the investment as well as those who provide services such as advertising or event-organizing and whose compensation does not relate to the investment transaction.

The question of who is required to submit Form I-956K is explored in the following section.

Part 3 of the form requests information about written agreements (i.e., contracts) between the promoter and regional center, NCE, or JCE. Here, the promoter must inform USCIS of all projects or business ventures they promote.

In Part 4, registrants must answer a series of questions about their criminal and civil history as it relates to securities offerings and certain other crimes of high importance to the U.S. government. Questions relate to fraud, regulatory violations, money laundering, drug trafficking, espionage, and genocide.

If Form I-956K is completed for an organization, some of the questions will not apply. A suggested practice, explained in the following section, is to have all persons in a position of substantial authority (i.e., those who would be required to submit Form I-956H with a regional center or NCE) file Form I-956K.

The RIA requires all information submitted to USCIS to be “certified.” Similar to the other new or updated EB-5 forms released following the enactment of the RIA, Part 5 of Form I-956K requires the signature, name, and contact information of the “certifier.” In most cases, the certifier will also be the “authorized individual” who must complete Part 6.

The form allows for either the promoter or an authorized individual to sign. A promoter based outside the United States could have an attorney or consultant in the United States handle the completion and filing of Form I-956K. And interestingly, nothing in the (currently published) regulations precludes a regional center or NCE from certifying and signing on behalf of its direct or third-party promoters.

Parts 7, 8, and 9 of Form I-956K are standard to every USCIS form and require no further analysis or special explanation.

The instructions state, “The Form I-956K… must be completed by each person acting as a direct or third-party promoter (including migration agents) of a regional center, any new commercial enterprise (NCE), an affiliated job-creating entity (JCE), or an issuer of securities intended to be offered to client investors in connection with a particular capital investment project.” The I-956K USCIS page states the same.

The operative word here is “person.” Does this mean both natural persons and legal persons (e.g., corporations)?

As a practical matter, there are likely very few natural persons who are counterparties to contracts with regional centers and NCEs. Most one-person operations are organized as an LLC or its foreign equivalent. Form I-956K has space for both individuals and organizations, which makes clear that USCIS wants both natural persons and legal persons to register.

Question 20(D) in Part 2 asks, “In what capacity are you employed by or otherwise associated with the promoter? (Select all that apply),” and gives the following options.

These choices suggest that USCIS wants the employees of promoter organizations to register through Form I-956K as well.

But which employees specifically?

One could reasonably presume that “promoter” is intended to mean those employees who are actively involved in presenting EB-5 investments to and engaging in discussions with potential investors. An employee whose job title is “investment representative” or something similar clearly must file. These employees’ duties likely include, but are not limited to, talking with potential investors and answering their questions.

An assistant or junior associate who simply replies to inquiries with standardized e-mail templates and PDFs of marketing collateral, referring questions to a more senior employee, may not need to file Form I-956K.

Regional centers and NCEs should consider filing Form I-956K for all persons in positions of substantial authority, as defined in the RIA, even if they are not directly involved in promoting EB-5 investments. The supervision of employees and agents who promote EB-5 investments could be judged by USCIS as falling within the purview of a promoter.

What about the written contracts that must be listed in Part 3 and submitted to USCIS with Form I-956K? These may or may not exist for employees. In many countries, including the United States, contracts with regular employees (i.e., not contractors) are rare. The employees of regional centers and NCEs who meet the definition of promoter—but do not have a written contract and answer “No” to question 1 in Part 3—may wish to submit a letter of explanation with Form I-956K.

The instructions state, “A promoter should submit Form I-956K before operating on behalf of any of the specified entities or promoting any offering under the EB-5 Regional Center Program.”

Because USCIS released Form I-956K a full 215 days after releasing Form I-956F, Application for Approval of an Investment in a Commercial Enterprise, there are likely many regional centers and NCEs already promoting investments directly or through third parties.

USCIS has not said if there is a registration grace period for persons and organizations already engaging in promotion. With this in mind, promoters should file as soon as practicable.

There is no filing fee for Form I-956K. This suggests that, despite the inevitable cost of processing what will likely be several thousand forms, USCIS wants to encourage registration by removing an obvious barrier: sending payments from a foreign country.

What Must Be Included in a Promoter’s “Written Contract”?

A promoter’s registration with USCIS may be made publicly available at the agency’s discretion. Moreover, if USCIS determines that a promoter no longer complies with the above requirements, they may be suspended or permanently barred from participating in the EB-5 program.

Notably, the RIA does not require a promoter’s written contract to disclose their compensation—the amount of money they will receive from the JCE, NCE, or regional center for their services—or how they will be paid. The written contract is essentially an agreement that the promoter will comply with USCIS regulations and securities laws. That said, the RIA separately requires that any transaction-based compensation paid to a promoter be acknowledged by an NCE, the promoter in question, and the associated EB-5 investor.

The current version of Form I-956K does not ask how promoters are compensated or whether they are able to promote securities offerings lawfully in the United States or a foreign country. Neither does it request information about individual or organizational licensure by financial regulatory authorities with jurisdiction over the geographies where the promoter offers EB-5 investments.

It is possible that USCIS may eventually require this information and provide further guidance for applicants in future revisions to Form I-956K.

Adjusting to New Regulations Under the RIA

USCIS continues to implement the RIA’s policy changes to increase accountability, compel transparency, and reduce fraud in the EB-5 investment industry. Because non-compliant NCEs, regional centers, and their promoters can be disqualified or disbarred under the RIA, all EB-5 firms are advised to make the needed adjustments and file the relevant forms as soon as practicable.

As one of the leading EB-5 consultancies, EB5AN has helped several firms comply with USCIS policies and prepare the new RIA forms—in fact, EB5AN’s I-956 submission received one of the first approvals in the industry. We invite you to schedule a free consultation and get answers to your questions about Form I-956K or other compliance issues.