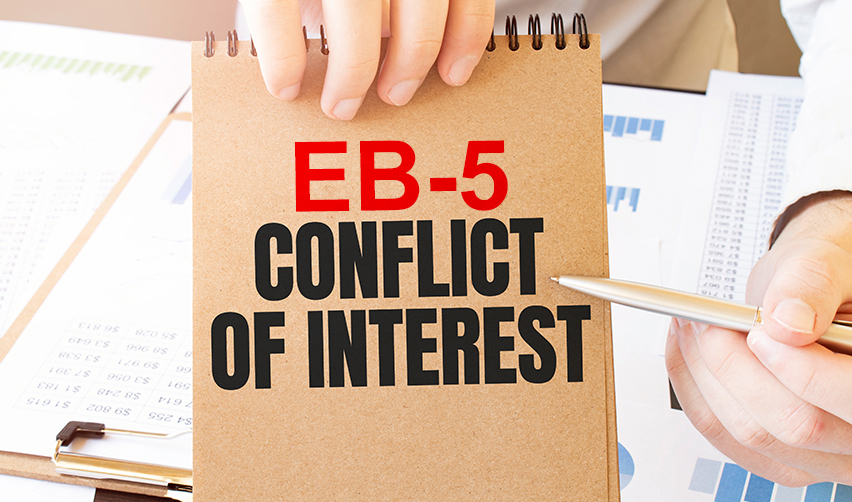 An Overview of the EB-5 Regional Center Investment Model

Conflicts of Interest between EB-5 Regional Centers and Project Developers

EB-5 immigrant investors must decide between many competing regional center offerings. Many of these projects claim to offer low risk to investors. Few projects making these claims are truly low risk.

An Overview of the EB-5 Regional Center Investment Model

How Do Regional Center Investments Work?

In regional center EB-5 projects, investors usually purchase equity in an investment fund affiliated with the regional center. This fund is referred to as a new commercial enterprise (NCE). The NCE then either loans the EB-5 funds to, or purchases equity in, a job-creating entity (JCE). The JCE is the development project that creates EB-5-compliant jobs.

What Responsibilities Do Regional Centers Have?

The NCE’s capital is supervised by a general partner, which also serves as the fund’s manager. In many cases, the regional center sponsoring the project assumes this role.

As fund managers, regional centers control the flow of EB-5 funds from investors to the project. Regional centers manage their NCE’s loan or equity investments and issue updates to their investors.

Regional center responsibilities include the following:

The quality of a project’s regional center is crucial to EB-5 investor success.

While EB-5 investors are interested in being repaid and earning interest on their investments, they typically care most about immigrating successfully. As managers of EB-5 funds, regional centers play a key role in investors’ immigration success. Regional centers are supposed to ensure that EB-5 investments remain compliant with USCIS guidelines, particularly the “at-risk” requirement. Fund managers may also help investors compile the evidence needed for Form I-829, which is used to request permanent U.S. green cards. If a project’s fund manager does not ensure or accurately record EB-5 compliance, the investors’ immigrant applications will be at risk.

Conflicts of Interest between EB-5 Regional Centers and Project Developers

In some cases, regional centers acting as managers of EB-5 funds are also owned or affiliated with project developers. The two entities may even share the same name.

Such an arrangement creates an inherent conflict of interest since the developer would act as both the borrower and the lender.

Projects in which the regional center is affiliated with the developer may claim to offer relatively high returns at a low risk. EB-5 investors should, however, be wary of such investment offerings. Higher returns mean higher levels of risk. The safest projects with regard to both financial and immigration risk are often those that offer the lowest returns.

Investors must investigate whether conflicts of interest exist between the entities involved in an EB-5 offering, especially the regional center and the developer. Even though USCIS allows certain conflicts of interest, these must be disclosed in offering documents and waived by the investors. EB-5 investors should retain their own legal counsel to review any project and to evaluate the risks involved prior to investing.

EB-5 immigration relies on the success of an investment creating 10 new jobs and meeting other requirements. An investor’s immigration success depends on the financial success of the project. As a result, EB-5 investors should consider whether a project can withstand a possible economic downturn or recession. Investors should look for conflicts of interest that prioritize investors below the developer. Such conflicts may compromise their immigrant petitions, especially if the market cools off.

Conflicts of interest between regional centers and developers can be serious liabilities for investors if the project goes awry. If a regional center is owned by or beholden to the project’s developer, it will likely favor its own interests rather than the interest of its EB-5 investors.

Consider the following example. A developer is accepting EB-5 investments to build an apartment building that is also partially funded by a senior bank loan. The developer projects each unit will earn $3,000 per month in rent. Around the time the building is complete, however, the local economy enters an unforeseen economic downturn. As a result, the actual monthly rent per unit is only $2,000, not the expected $3,000. This loss of income leaves the developer unable to pay back the senior bank loan.

The apartment project’s regional center is also the NCE’s fund manager and an affiliate of the developer. The fund manager has a fiduciary responsibility to its EB-5 investors. As an affiliate of the developer, however, it has a conflict of interests. The developer will want to take actions to safeguard its own financial interests. In a case like that, the EB-5 investors may not receive interest payments or a timely return of their investment capital.

For any investor, a situation like the one presented above is undesirable. For EB-5 investors, however, a project’s financial failure may also affect EB-5 job creation. Each EB-5 investor must create at least 10 new full-time U.S. jobs through his or her investment. Failure to do so will disqualify an investor from receiving a permanent U.S. green card.

On March 15, 2022, the EB-5 Reform and Integrity Act (RIA) of 2022 introduced several new regulations to ensure that regional centers managed their investors’ EB-5 funds transparently. The RIA requires regional centers to prepare an annual report of all their EB-5 capital across each NCE. USCIS will also conduct more frequent audits of regional centers.

That said, long-term working relationships between entities can be positive. Regional centers and developers that frequently work together to produce successful projects may mean less risk to EB-5 investors. In situations like this, the key is that the regional center is truly independent from the developer.