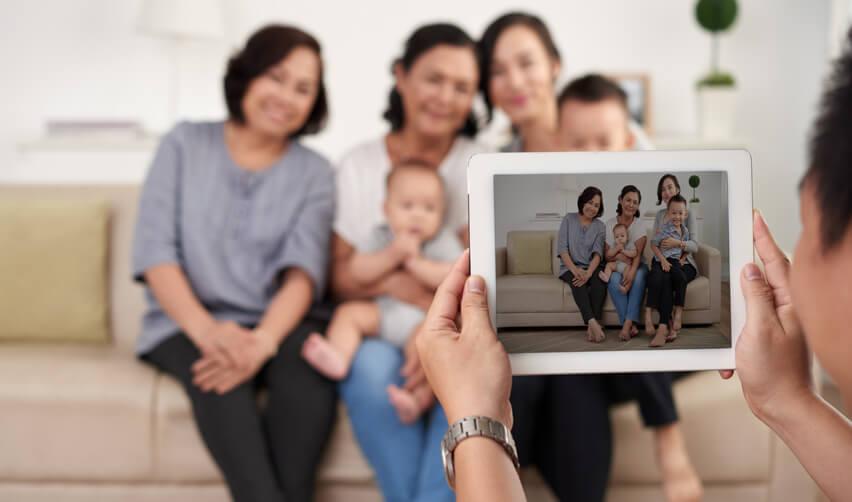 Investors with children will find that the EB-5 visa program has many benefits to offer their families.

What Is the EB-5 Visa Program?

The Benefits of Obtaining a Green Card

What Is the EB-5 Visa Program?

Targeted employment areas are rural areas or areas with high unemployment (at least 150% of the U.S. national average) that have been designated by United States Citizenship and Immigration Services as areas where more job creation is needed.

The EB-5 Green Card program is one of the simplest, most expedited paths to attaining U.S. residency, and eventually becoming U.S. citizens, for people with the means to make a substantial contribution to the U.S. economy. By making an EB-5 investment, investors will be able to secure Green Cards for themselves as well as their qualifying family members, who are defined as their spouses and their unmarried children under 21 years of age. There are many benefits to obtaining U.S. Green Cards for the whole family, several of which will be explained in-depth below.

The Benefits of Obtaining a Green Card

There are several benefits to having a U.S. Green Card, including many perks for EB-5 investors with children and families.

Green Card holders have similar protections under law as U.S. citizens, as well as most of the rights enjoyed by citizens. Those with Green Cards can participate in the political process in the United States by donating to political candidates and volunteering for political campaigns.

One of the main U.S. Green Card benefits of the EB5 Green Card program is the opportunity to access the U.S. education system. Green Cards give EB-5 investors the option to enroll their children in U.S. public schools from elementary school through high school at no cost. Unlike exchange students, who are only allowed to attend U.S. public schools for one year, EB-5 investors’ children will be able to complete their entire primary and secondary education in the United States.

In addition to reaping the direct benefits of a U.S. education, children with Green Cards will experience other perks as well, including the opportunity to learn English in an immersive environment. Because English is spoken so widely, especially in business contexts, having a high level of proficiency in the English language is a valuable skill that opens up many opportunities for children, including a wide selection of career prospects in the future. Children who enroll in U.S. schools early enough will be able to attain a level of fluency in English similar to that of native speakers.

Children educated in the United States are prepared to continue their education at U.S. colleges. Because teachers and administrators in U.S. high schools have helped students go through the college admissions process numerous times, students will be able to easily seek guidance and resources while applying for college in the United States. Students will also have transcripts from U.S. high schools and will be able to easily access the types of standardized tests, such as SAT and ACT, that are required by many U.S. colleges and universities.

Additionally, children who have experience in U.S. classrooms will already be familiar with U.S. educational settings and will not have to go through as intense an adjustment period as international students often do upon entering U.S. colleges. Students with Green Cards who have been educated in the United States will also likely easily be able to meet the English language proficiency requirements of most U.S. universities.

Even adult children can benefit from the EB5 Green Card program. It is possible for parents to gift their children the funds to make an EB-5 investment so that they can receive a U.S. Green Card. This is a good option for parents who do not want to immigrate to the United States themselves and for those with children who are married or over 21 years old.

The cost of a college education can be high and is often even higher for international students. Green Cards can result in significantly lower higher-education costs for students. Students with resident status and their families are eligible to pay in-state tuition at public higher education institutions. In-state tuition is a form of discounted tuition colleges offer to each permanent resident who lives in the same state where their college is located.

Green Cards also make students eligible for a wider pool of scholarships and financial aid opportunities available only to a U.S. permanent resident.

A large advantage gained by students with Green Cards is that they are able to work without restrictions in the United States. Holders of student visas are often permitted to work only in on-campus jobs, significantly restricting their options for employment and their opportunities to help cover the costs of their education. A permanent resident faces no such restrictions. Green Cards allow students to work jobs both on and off campus, as well as to hold internships and easily apply for employment after graduating.

In some situations, student visas are not issued for the entire period of an international student’s studies and must be renewed. A Green Card holder will not have to worry about navigating the U.S. immigration system to renew their visa while in school.

Post-graduate planning is also much easier for a Green Card holder than for those on student visas. Many people on student visas have no choice but to apply for another type of visa or return to their home country after completing their studies. Conversely, students with Green Cards can continue living in the United States after graduation. They can also apply for post-graduate positions and employment without having to worry about changing their status or finding an employment sponsor.

Students who hold a permanent resident card may be eligible for government-sponsored financial aid.

By attaining a permanent resident card through the EB-5 program, investors can forge a path for family members to create a life for themselves in the United States. Because of the “law of soil” in the United States, children born in the country are automatically granted U.S. citizenship.

Another perk of having a U.S. Green Card is that it grants access to the U.S. healthcare system. The United States is home to some of the world’s best hospitals, top medical schools, and top medical research centers. The country also has some of the newest healthcare technologies. With Green Cards, EB-5 investors will be able to get health insurance and access some of the best medical care in the world. Green Card holders can also be eligible for social security benefits. Social security benefits may include financial assistance.

While Green Card holders enjoy many freedoms and protections, there are some restrictions that are important to note.

While there are many aspects of having a Green Card that directly benefit EB5 investors themselves, there are even more benefits to be had in the future by an investor’s children and family members, such as opportunities to study, work, and live in the United States long-term. By following the paths of opportunity created by EB5 investments, investors’ children and families will be able to build successful lives for themselves in the United States, enjoying the privileges of permanent resident status.

To learn more about how the EB5 Green Card program can help them secure successful futures for their children and family members, prospective EB-5 investors should get in touch with EB5AN by sending an email to info@EB5AN.com or setting up a time to speak with a knowledgeable consultant. By making an EB-5 investment, foreign nationals can enjoy the many benefits of living in the United States and possibly become U.S. citizens in the future.

Previous Post
Best and Worst Locations and Asset Classes for EB-5 Projects at $800K
Next Post
The Basics of U.S. Citizenship
Menu