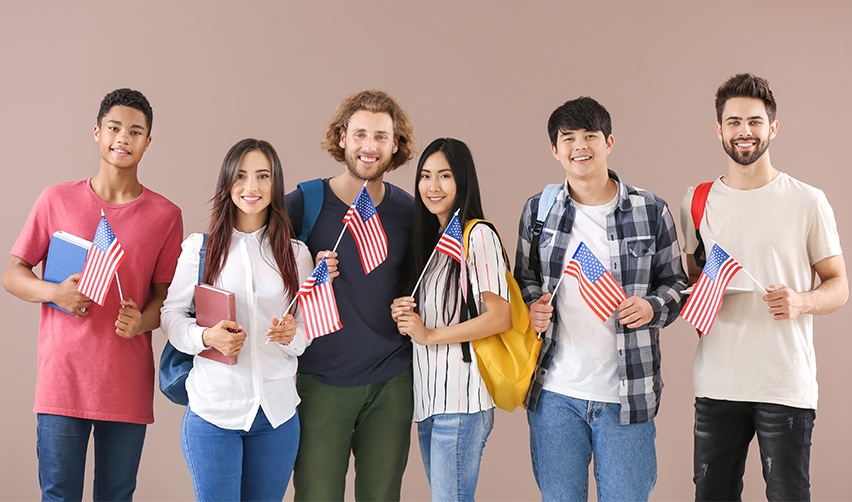 As the number of U.S. adults who have received at least one dose of a COVID-19 vaccine passes 50%, universities and their students are eagerly awaiting the return of general on-campus learning this fall. For international students, however, pandemic-related bureaucratic hurdles in the United States and lagging vaccine rollouts abroad are leading many to reassess or even cancel enrollment in U.S. higher education.

Nearly one million international students study in the United States every year, more than any other country. China alone accounts for a staggering 35% of these students, who contribute an estimated $16 billion to the U.S. economy, according to a report from the International Education Exchange (IEE). All told, international students support nearly 500,000 U.S. jobs and pump an estimated $41 billion into the U.S. economy every year.

Under President Trump, however, international enrollment cratered, costing the economy an estimated $12 billion. And in 2020, when the Trump administration’s immigration policies collided with the global pandemic, international student enrollment for Fall 2020 plummeted a staggering 72% in just one year.

Since the 2020 election, universities and colleges across the United States have reported a so-called “Biden bump” in international student applications. One study found that 67% of prospective international students say they are more likely to apply to American schools under the new administration. The Biden administration, however, faces many logistical challenges ahead of Fall 2021 enrollment.

One of the key requirements for an F-1 student visa is the in-person visa interview. As of April 2021, 82% of U.S. consulates and embassies around the globe were still operating at less than full capacity, leading to an unprecedented logjam for student visas at U.S. consular posts and a substantial increase in processing times for other visas.

In an interview with USC Annenburg Media, Chinese student Elva Liu described the pandemic’s impact on the student visa process as “the greatest concern for me and my parents ever since I committed to USC.” According to overseas education counselor Angela Tang, in another interview to Annenburg, “The space for visa appointments is limited, and it won’t be easy to guarantee that all students can get the opportunity to apply for the visa.”

Foreign nationals who migrate to the United States through the EB-5 Immigrant Investor Program, however, become permanent U.S. residents following a qualifying investment in a U.S. business, and any children who obtain green cards via the EB-5 program will be able to enroll in U.S. colleges and universities as U.S. residents. While an EB-5 visa is not an immediate solution to the current processing backlogs at U.S. consulates, it does offer investors an alternative means of providing their children with a U.S. education—without the challenges that accompany the F-1 student visa application process.

Beyond the consular processing backlog, many international students face long waits for vaccines in their home countries. Many of the world’s most developed nations are lagging the United States in vaccinations. Only about 20% of the European Union’s adult population has had a single dose. South Korea’s Disease and Prevention Agency reports that, out of a population of 51 million, only 200,000 have received both vaccine doses. Only 6% of South Koreans have received any vaccine doses at all.

Furthermore, not all internationally available vaccines have been approved or authorized by the FDA. So even if a student gets vaccinated in their home country, they may still be barred from their campus in the States.

Ms. Tang has found that, though many upperclassmen are eager to return, incoming freshmen feel differently: “Many first-year students and their parents do not want to take the risk. Many students even abandon their plans to study in the U.S. and consider studying in the U.K. or other Asian countries instead.”

On April 26, the Student and Exchange Visitor Program (SEVP) updated its guidelines for the 2021–2022 school year, extending pandemic-related procedural allowances. Students on F-1 visas may now remain abroad for more than five months without losing status. I-20 immigration documents can now be filed electronically; as can student work applications, with U.S. Citizenship and Immigration Services unveiling an online option for graduates.

The Biden administration has reversed some Trump-era policies to allow international students to receive federal financial aid under both the American Rescue Plan and the Coronavirus Aid, Relief, and Economic Security Act. Previously excluded, international students will now be able to receive grants for tuition, housing, healthcare, childcare, course materials, and other expenses affected by the pandemic. The State Department has also updated its pandemic guidelines, allowing international students from countries with travel bans, such as the UK, China, and the Schengen area, to claim “national interest exemptions” in order to travel.

Such policies, if successful, could boost the economy by billions of dollars.

Despite these changes, Stephen Yale-Loehr, an immigration law professor at Cornell, thinks Biden could do more. Writing in The Hill, Yale-Loehr proposes that Biden give priority to international students for visa processing and waive the in-person consular interview.

Biden himself hopes to reform the F-1 visa as part of his proposed U.S. Citizenship Act of 2021. Under current policy, F-1 students cannot apply for green cards after graduating. They must enter a lottery for an H-1B temporary work visa. With the U.S. Citizenship Act, international students on F-1 student visas would be allowed to declare “dual intent” both to study and to establish permanent residency after graduation. F-1 students would also be able to apply for permanent residency status immediately upon graduation. Whether such a bill could pass Congress, however, remains unclear.