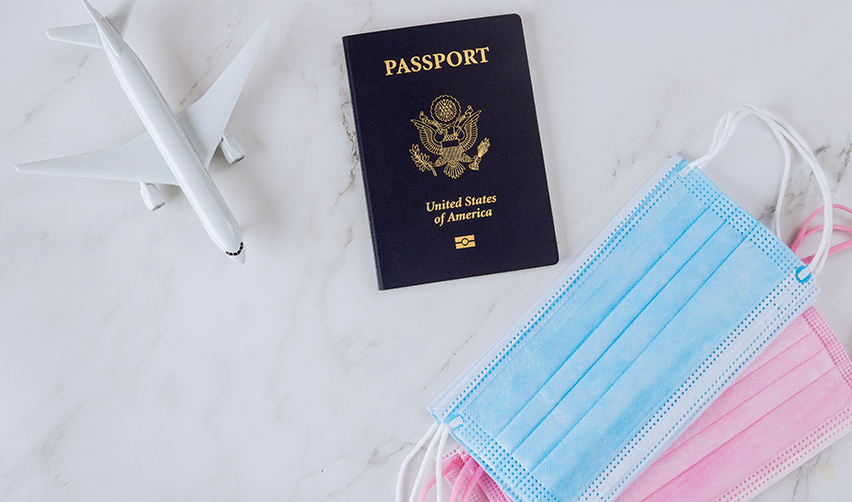 The COVID-19 pandemic led to an unprecedented closure of U.S. consulates and embassies around the globe. By July 2020, the State Department issued a policy memo allowing for the “phased resumption of routine visa services.” But as the Fall 2021 school year approaches, international students are still having trouble securing visa appointments at U.S. embassies and consulates. With the novel coronavirus and its variants moving through India and other countries, the pandemic continues to impact nearly every visa program.

As of April 2021, four out of every five U.S. consulates or embassies was still operating below capacity or with reduced operations. This reduction has created a massive logjam for F-1 student visas, EB-5 investment visas, and other immigration paths that require an in-person visa interview. Even when consulates reopen, the backlog has made scheduling appointments impossible.

“It’s a real mess,” says Jennifer Minear, president of the American Immigration Lawyers Association. “It’s a giant, multilayered onion of a problem and the reduction of staff as a result of Covid at the consular posts has really thrown the State Department for a loop.”

According to the U.S. Department of Education, more than one million international students are typically enrolled in U.S. higher education. Those enrollment rates plummeted during the pandemic, with Fall 2020 enrollment of foreign students declining 72% in just one year. Enrollment in 2021 is not much better.

In addition to visas, most universities are also requiring international students to be fully vaccinated before returning to campus. However, as of May 30, 2021, most European Union countries only had around 20% of their adult populations fully vaccinated. Furthermore, not all vaccines available to students abroad are approved by the FDA.

Colleges and universities have come to rely on international students’ high tuition rates to pad their budgets. In the 2016–2017 school year, 54% of all master’s degrees awarded across the entire United States went to foreign students. An estimated $41 billion is pumped into the U.S. economy every year by international students, supporting more than 500,000 jobs.

Employment visas have reliably been one of the quickest ways for high-net-worth individuals to obtain green cards, but the pandemic has affected employment visa processing as well.

One employment visa program affected by processing delays is the EB-5 Immigrant Investor Program. Created in 1990 to stimulate job growth in economically depressed areas, the EB-5 program allows foreign nationals to receive a green card in exchange for a qualifying investment that creates 10 permanent U.S. jobs. Spouses and unmarried children under age 21 are also eligible for green cards through this program.

At the start of each fiscal year, U.S. Citizenship and Immigration Services (USCIS) apportions unclaimed employment-based visas from their yearly quota to the various U.S. visa programs, with the EB-5 program receiving 7.1% of them. The 2020 consular slowdown left so many visas unclaimed that the EB-5 program’s quota doubled overnight, with an incredible 18,567 EB-5 visas available in 2021.

The chief of the Department of State’s Visa Control and Reporting Division Charles Oppenheim, however, noted that the continued slowdown in processing means that the actual number of visas distributed could be just a fraction of the ones technically available.

Another group besides students and immigrants is dependent on embassies and consulates: American citizens. Nearly 9 million U.S. citizens are living abroad. With the pandemic stretching long into its second year, many of these Americans now face expired or expiring passports and travel documents. Within the United States, U.S. citizens can renew their passports via mail. Abroad, nearly all passport and visa renewals must be done in person at a U.S. consulate or embassy.

The Jerusalem Post reports the U.S. embassy in Israel has a passport processing backlog of more than 15,000 applications from U.S. citizens. Some have been waiting more than eight months for an appointment. Seizing on this extensive delay, third-party scalpers are stockpiling and reselling passport or visa appointments to American citizens for upwards of $450.

Biden has signaled strong intent to reform immigration policy for foreign students and recent graduates. His proposed U.S. Citizenship Act of 2021 would grant international students on F-1 visas the ability to declare “dual intent” to both study and to immigrate, with the ability to apply for permanent residency immediately after graduation. Until that passes, Biden has extended pandemic-era loosening of restrictions for studying online and has created exemptions from travel restrictions for F-1 and M-1 visa students. Foreign students, however, will still need to visit their local consulate or embassy, according to a recent announcement from the State Department.

Regarding EB-5 and other employment-based visas, Biden’s executive order of February 2, 2021, allows USCIS to defer to prior approvals for a given applicant, speeding up the adjudication of investments and visas alike. In an op-ed with the Miami Herald, Alexandra Starr argued that Biden’s inaugural promise of $2 trillion in infrastructure be funded with EB-5 investments. “Now that the Biden administration is serious about breaking ground on projects,” writes Starr, “it makes sense for the government to directly tap the cheap foreign financing it incentivizes through our immigration policies.”

As for American citizens stuck abroad, on May 24, 2021, the Department of State announced that “U.S. citizens currently overseas whose passports expired on or after January 1, 2020, may be able to use their expired U.S. passport for direct return travel to the United States until December 31, 2021.” The U.S. government instructing its citizens to travel on expired passports may have been unthinkable 15 months ago. But the novel coronavirus requires novel solutions, and further change may be needed to help U.S. consulates and embassies, international students, and immigrants.