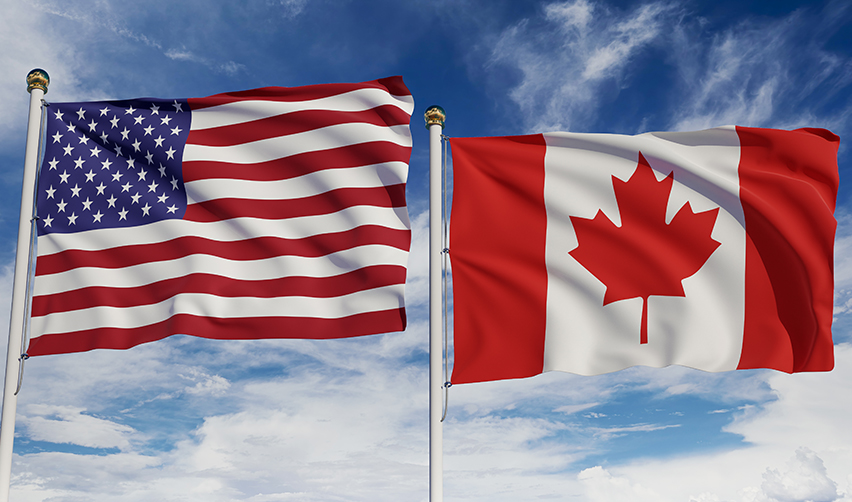 Why Are Many Canadians Immigrating to the United States?

Canada’s rising population outflows reflect an uncertain economic future and the promise of increased stability south of the border.

Canada has long been regarded as a bastion of economic, social, and political stability. While the country’s resulting safety and high standard of living have historically made it a top destination for immigrants, recent demographic statistics reveal a new, surprising trend: many Canadians are now seeking to emigrate, with many of them relocating to the United States. This tendency is incongruous with Canada’s historically low population outflow.

This unusual rise in emigration, which has been particularly pronounced since the fourth quarter of 2021, is the first that Canada has experienced in several years. Statistics Canada reports that Q4 2021 saw 16,901 Canadian residents leave the country, which represents a 215% year-on-year increase in emigration.

2022 saw a sustained increase in emigration, with 13,100 residents leaving in Q1. Interestingly, the vast majority of emigrants left from Ontario, British Columbia, and Alberta, with Ontario producing 47.1% of the quarter’s emigrants.

Canada’s rising cost of living and economic challenges have propelled thousands of residents to emigrate, and the United States is, in many cases, their first-choice destination. Indeed, recent modifications to the EB-5 Immigrant Investor Program have created an unprecedently secure path for Canadians to relocate to the United States as Green Card holders.

Why Are Canadians Emigrating?

What Does the United States Offer to Canadians?

The EB-5 Visa: An Ideal Immigration Option for Canadians

Why Are Canadians Emigrating?

As is the case in many countries in late 2022, inflation is rampant in Canada, which in turn results in higher interest rates. Several Canadian financial institutions, including the Royal Bank of Canada, have sounded the warning of a possible recession as early as the first months of 2023.

The Canadian economy has slowed down after years of significant growth, with GDP growth stalling throughout much of 2022 and businesses experiencing less demand. Canadian financial markets are also facing a downturn caused by the grim economic outlook.

Finance Minister Chrystia Freeland summarized what Canadians can expect from the economy in the coming months: “Our economy will slow. There will be people whose mortgage rates will rise. Businesses will no longer be booming. Our unemployment rate will no longer be at its record low… There are still some difficult days ahead for Canada’s economy. To say otherwise would be misleading.”

Inflation, the rising cost of credit, and slowing growth have resulted in an increased cost of living for Canadians. Household debt and mortgage rates are also on the rise, and these issues could become even more serious if the unemployment rate rises as well. Economist Charles St-Arnaud notes that “we’re already starting to see households reduce their level of savings to keep their level of spending. If there is a big increase in the unemployment rate, then more households will run into more problems.”

The prices of housing and basic goods and services in Canada are already high, with the Organization for Economic Cooperation and Development (OECD) reporting that Canada has the worst household price-to-income ratio among developed countries. The Canada Mortgage and Housing Corp reported that the supply of construction workers for residential units is decreasing in major provinces, which drives up the cost of housing even further.

In addition to these issues, Canadians must often contend with high taxes; the OECD found that Canada collected US$14,693 per capita in tax revenue in 2010, while the United States collected only $11,365 per capita.

What Does the United States Offer to Canadians?

The United States remains the world’s most stable nation in terms of its economy and political and social makeup.

Despite recent challenges, including inflation and COVID-19-induced constraints, the U.S. economy is still the largest in the world with a GDP of $20.89 trillion. The country’s disposable income per capita measure of $54,854, is also the highest in the world.

Another economic benefit of relocating to the United States as a Green Card holder is being able to hold money in the world’s leading currency: the U.S. dollar. Recent months have shown how volatile the currencies of other countries can be, and many have quickly lost value in light of world events such as the Russian invasion of Ukraine and the ensuing energy crisis in Europe.

In contrast, the U.S. dollar is the world’s reserve currency, with the World Bank reporting that central banks hold 59% of their reserves in U.S. dollars.

In addition to its stable political and judicial systems, the United States also offers world-class healthcare and unparalleled career and academic opportunities; many of the world’s leading corporations are headquartered in the United States, and Top University’s ranking finds that 5 of the top 10 universities in the world are American institutions.

The EB-5 Visa: An Ideal Immigration Option for Canadians

While immigrating to the United States as a permanent resident has historically been difficult, the EB-5 Immigrant Investor Program offers Canadians an unprecedently safe immigration path.

After making an EB-5 investment of at least $800,000 and receiving approval from USCIS, a Canadian investor will be able to relocate to the United States along with their dependent family members—at no extra cost. Then, following a two-year conditional residence period—during which they will be able to live, work, and study anywhere in the United States—they can have the conditions on their Green Card removed and become a permanent resident.

An EB-5 investor’s immigration success depends on their compliance with USCIS requirements, including creating at least 10 jobs as a result of the investment and maintaining the at-risk status of the funds. To the benefit of EB-5 investors, the EB-5 Reform and Integrity Act of 2022 has introduced several new reporting and integrity measures for EB-5 projects and fund managers. These regulations increase investors’ chances of immigrating successfully and receiving a timely return on their capital.

EB5AN is pleased to offer several low-risk projects for Canadian investors. These offerings constitute some of the safest options on the EB-5 market, with a variety of benefits including job creation and I-526E approval guaranties, priority processing of Form I-526E, and fully-funded capital structures that do not rely on EB-5 capital.

To learn more about the EB-5 immigration process and determine whether they qualify, Canadian nationals can schedule a free consultation with EB5AN. With more than 2,000 EB-5 investors in our projects and a 100% USCIS approval rate, EB5AN is one of the leading consultancies and regional center operators in the industry.