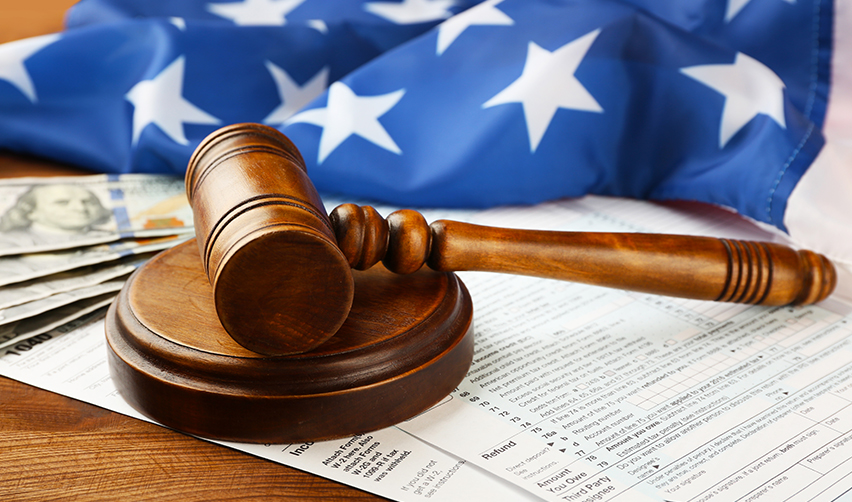 In a major turn of events, United States Citizenship and Immigration Services (USCIS) and Department of Homeland Security (DHS) have settled with Invest in the USA (IIUSA) and several EB-5 Regional Centers.

In this settlement, USCIS has rescinded its attempted deauthorization of previously approved regional centers.

Register for our Webinar on August 25 at 3 PM EDT with Top EB-5 Attorney Ron Klasko to Analyze the Terms of the Settlement Agreement and the path forward for EB-5 regional centers and investors. After the webinar occurs, this link will access a video recording of the webinar.

Previously approved regional centers that already filed Form I-956 do not need to file that form again, nor do they need to pay the fee again.

In the settlement, USCIS has agreed to defer to the prior approval of the regional center’s geographic area and economic impact analysis. The I-956 amendment must demonstrate, however, that the regional center’s policies and procedures are compliant with the EB-5 Reform and Integrity Act of 2022 (the “Reform Act”).

In order to file Form I-526E, an investor must reference the receipt number of his or her project’s Form I-956F. If a project has not received a receipt notice for its Form I-956F within 10 calendar days, its EB-5 investors may still file their I-526E petitions—they must simply provide a copy of the first six pages of the project’s filed Form I-956F.

The failure of a previously approved regional center to maintain status by filing Form I-956 will not, by itself, result in the denial of any EB-5 investor’s I-526 or I-829 petitions.

Implications of the Settlement for Regional Center Owners

For regional centers who intend to maintain their designation, time is of the essence in filing Form I-956 as an amendment. Since this amendment form requires a substantial fee, regional centers should consider requesting an expanded geographic area in the same filing.

See Below for Key Excerpts of the Settlement Agreement

(a) Previously Approved Regional Centers that already submitted a Form I-956 prior to the Effective Date will not need to submit another Form I-956 as an amendment by December 29, 2022, nor will they have to pay a separate fee to satisfy this obligation.

(d) If, prior to the Effective Date, a Previously Approved Regional Center has already filed a Form I-956, it may interfile any relevant documents pursuant to the terms of Part II.B.2.c..

(a) Form I-956F must be filed before any investor files a visa petition, Form I- 526E, associated with the project.

(c) USCIS will undertake best faith efforts to develop a mechanism for its lockbox contractor to provide a copy of the Form I-956F lockbox notice via a prepaid return overnight courier envelope (e.g., FedEx or UPS) that a Previously Approved Regional Center may supply with its Form I-956F.

(e) USCIS will provide an electronic copy of receipt notices for all Form I- 956F applications that have been or are properly filed within sixteen weeks of the Effective Date. During the quarterly meetings, discussed below, the parties will engage in good faith discussion as to whether intervening developments require the need for continuing this electronic notice.

(f) If, after the issuance of Court’s Preliminary Injunction but prior to the Effective Date, an investor associated with a regional center properly filed a Form I-526 or I-526E petition without a Form I-956F receipt number based on a previously approved exemplar (Form I-924), that investor may file a new Form I-526E with a receipt notice for the I-956F if a Form I-526 was originally filed (and receive a refund on I-526 filing), or interfile the I- 956F receipt notice if an I-526E was originally filed. Such investors initial petitions will not be rejected solely by virtue of failure to provide the I-526E or I-956F receipt number. Such an investor will keep their priority date on the previously filed Form I-526 or I-526E. Such investors will be obligated to comply with all aspects of the Integrity Act, including investment amounts. Such investors will also provide an electronic copy of the Form I- 526E and interfiling with receipt number.

(a) The purpose of this filing is to assimilate the project’s information and documents consistent with the Integrity Act.

(b) Consistent with the Integrity Act, all aspects of the project previously approved in the I-924 amendment exemplar shall be binding for purposes of the new I-956F filing, unless one of the conditions enumerated in Section 1153(b)(5)(F)(ii)(I)-(V) is present. This does not apply to the new requirements imposed by the Integrity Act; USCIS may review any new elements and ask for additional clarification when needed under existing processes (i.e., Request for Evidence). Changes made to a business plan­ or any other aspect of the approved exemplar-made to comply with the Integrity Act shall not constitute a material

D. Previously Approved Regional Centers Will Be Governed by the Integrity Act:

(a) Persons involved with a regional center, new commercial enterprise, or job­ creating entity as described in INA§ 203(b)(5)(H)(v) will file an I-956H for each entity with which they are involved for submission with any related form as applicable.

(b) Investors who file petitions after the Effective Date associated with previously approved exemplars will be subject to the requirements of the Integrity Act (including new investment amounts) and will use Form I-526E.

(a) USCIS will continue to process and adjudicate I-526 and I-829 petitions from investors filed prior to the Integrity Act (as well as future I-829 petitions based on I-526 petitions filed prior to the Integrity Act), even if the regional center with which their project was approved does not file a Form I-956 application or amendment by December 29, The failure of a Previously Approved Regional Center to file a Form I-956 application or amendment will not, standing alone, be a basis for USCIS to deny a petition described by the preceding sentence. Investors are still subject to the provisions and protections of INA 203(b)(5)(m) should they become applicable.

3. New forms I-956, I-956H, I-956F, I-956G and I-526E that were promulgated by USCIS to implement the Integrity Act will be deemed interim until           notice-and­ comment rulemaking is undertaken by USCIS. The agency will solicit comments as to these forms and respond in kind.