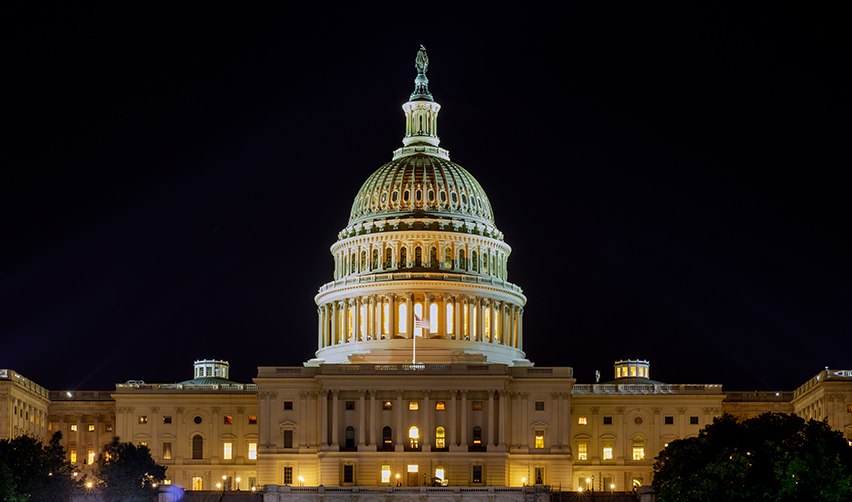 What Are the New Rules for the EB-5 Program?

What Are the New Rule Changes to the EB-5 visa?

Why Have New Rules Been Introduced?

What Are the Main Rule Changes to the EB5 Program?

How Has the Reform and Integrity Act Been Received?

How Will the Reform and Integrity Act Impact Visa Petition Processing Times?

The Future of the EB-5 Program

What Are the New Rule Changes to the EB-5 visa?

The EB-5 Reform and Integrity Act of 2022 brings some of the most significant and needed changes ever seen in the EB-5 program since its establishment in 1990.

To serve as a bulwark against dishonesty within the EB-5 industry, the Reform and Integrity Act introduces legislation that optimizes transparency, efficiency, and safety for foreign investors and commercial enterprise managers.

Changes like regional center reauthorization, additional integrity measures, and many others will benefit and protect new and existing foreign investors for years to come.

Why Have New Rules Been Introduced?

On March 15, 2022, U.S. President Biden signed an omnibus spending package into law, putting many legislative new changes into immediate effect, including the Reform and Integrity Act.

Prior to the Reform and Integrity Act, a growing issue within the EB-5 investment industry was corruption. Positive aspects of the program were sullied with cases of fraud.

Even though these cases were rare, commercial enterprise managers and regional centers occasionally engaged in fraudulent acts that cheated foreign nationals out of capital funds.

In the past, United States Citizenship and Immigration Services (USCIS) took steps to combat fraud in the EB-5 program. However, without substantial system reform, it was difficult to move forward.

The Reform and Integrity Act introduces legislation designed to confront fraud and enforce EB5 compliance, providing a solution to a long-standing problem.

What Are the Main Rule Changes to the EB5 Program?

The Integrity Act introduces a wide array of new rules, with many aimed at the industry’s biggest issues.

After an eight-month lapse, the EB-5 Regional Center Program has finally been renewed, along with changes to targeted employment area (TEA) designation and a regulatory grandfathering clause. Although the minimum investment amount has been raised, new integrity measures will ensure EB5 compliance throughout the program to protect immigrant investors from fraud.

Reauthorization of the Regional Center Program

Throughout previous years, the EB-5 Regional Center Program depended on frequent short-term renewals to continue operations. When it was time for Congress to reauthorize the program in June of 2021, they failed to reach a consensus, and the program lapsed.

After a long suspension, the regional center model has been reauthorized for five years through September 30, 2027. This offers great stability to the EB-5 industry.

Without the stress of annual renewal, regional centers and commercial enterprise owners have more space for definitive planning.

Due to new legislation, state officials will no longer be involved in the TEA designation process. The Department of Homeland Security (DHS) now has sole authority to approve TEA designation.

This will help ensure EB5 compliance in regional centers and allow areas in need of economic growth to benefit more fully from TEA investments.

Targeted employment areas are either locations that are rural or have high unemployment compared to the national average unemployment rate. A public infrastructure commercial enterprise can also qualify for TEA status.

Depending on an investor’s country of origin, the wait times for an EB-5 visa range from about two to fifteen years.

Regional center investors whose petitions were being adjudicated became stuck in processing limbo, and prospective applicants could not file new petitions.

A new grandfather clause grants the adjudication of all regional center petitions filed before September 30, 2026, without dependence on program renewal. Although regional center operations have resumed, this clause will protect investors in the event of another future lapse.

When the EB-5 Modernization Rule took effect in 2019, it increased the minimum EB-5 investment amounts.

Each minimum investment amount has once again been raised by the EB-5 Reform and Integrity Act. Now, EB-5 investors must provide $1,050,000 for standard investments and $800,000 for TEA investments.

Starting January 1, 2027, and every five years thereafter, these minimum investment thresholds will be adjusted to account for inflation.

A large portion of the new legislation is designed to ensure integrity and combat corruption in the program. It contains a substantial set of requirements for audits and investigations, reports, reviews, and on-site inspections for each commercial enterprise.

Additionally, anyone who wishes to participate in the program will be subject to a thorough background check.

An integrity fund has also been created to finance Department of Homeland Security oversight and investigations. Regional centers must pay an annual fee of $20,000 to this fund. A $1,000 fee is also required from EB-5 applicants.

How Has the Reform and Integrity Act Been Received?

Since its inception, the EB-5 program has promoted economic development and job creation throughout the United States.

Many officials have commended the EB-5 industry for being a valuable tool for economic stimulus.

Moreover, the new reforms are widely regarded as beneficial not only to the U.S. economy but also to investors.

For example, when the regional center program lapsed, there was a massive backlash from investors.

Existing investors with frozen applications and committed capital were, naturally, unhappy with the sudden pause in their immigration process.

According to Invest in the USA (IIUSA), an industry trade association, about 32,600 existing investors and their families were affected by the suspension. IIUSA and other industry organizations have praised the Reform and Integrity Act’s timely provisions.

How Will the Reform and Integrity Act Impact Visa Petition Processing Times?

As mentioned before, the suspension of the regional center program prevented new applicants from beginning their immigration process.

Considering that approximately 95% of all EB-5 investments are made through regional centers, it is no surprise that the reauthorized program is expected to propel a wave of applications.

China, India, and Vietnam have historically had the highest visa demand, which has created persistent backlogs for those countries. This may cause longer I-526 petition processing times for Chinese, Indian, and Vietnamese countries.

At the same time, the average processing time for low-demand countries is much lower.

EB-5 immigration to the United States operates on a quota system, so there are limits to how many visas are made available to foreign nationals.

For the EB-5 program, a limited number of visas are made available by the DOS each fiscal year. Each nationality participating in the program can be awarded no more than 7% of the total number of EB-5 visas.

However, the Reform and Integrity Act now reserves 32% of the total EB-5 visa quota for TEA investors. More specifically, 20% goes to rural TEA projects, 10% to investments in high-unemployment TEAs, and 2% to infrastructure projects.

As part of EB5 new rules, USCIS will now grant priority processing to applicants who invest in a TEA and are thus assigned to one of the reserved visa categories.

In fact, Chinese investors who invest in one of the new reserved visa categories will be able to skip their nationalities’ substantial backlog and receive faster processing, just like investors from low-demand countries.

Once they are granted their initial two-year EB-5 visas, EB-5 investors living in the United States under a non-immigrant visa must file Form I-485 to change their non-immigrant status to conditional permanent residence.

Before the Reform and Integrity Act, an investor’s I-526 petition had to be approved before they could file for adjustment of status. This meant that an investor had to maintain their status on some other visa while waiting for adjudication of the I-526 petition.

Concurrent filing now allows investors to file Form I-485 simultaneously with Form I-526. Doing so enables investors with non-resident visas to enjoy many of the benefits of EB-5 permanent residence even before they obtain it through the I-526 petition.

Investors will likely be able to live, work, and study in the United States while their I-526 petition is adjudicated, essentially enjoying the benefits of a visa even before obtaining one.

The Future of the EB-5 Program

The new rules introduced by the Reform and Integrity Act are extensive and much needed.

Prior to the bill, the EB-5 program suffered from a lack of measures against corruption, a suspended investment model, and uncertainty for foreign investors and commercial enterprise owners. Much to the relief of all EB-5 participants, the Reform and Integrity Act was designed to remedy the industry’s weaknesses.

The future of the EB-5 Immigrant Investor Program promises an optimized system that prioritizes investor safety and immigration efficiency.

Foreign nationals considering the EB-5 program can take the next step by booking a call with EB5 Affiliate Network (EB5AN), a leading industry consulting firm and project manager. 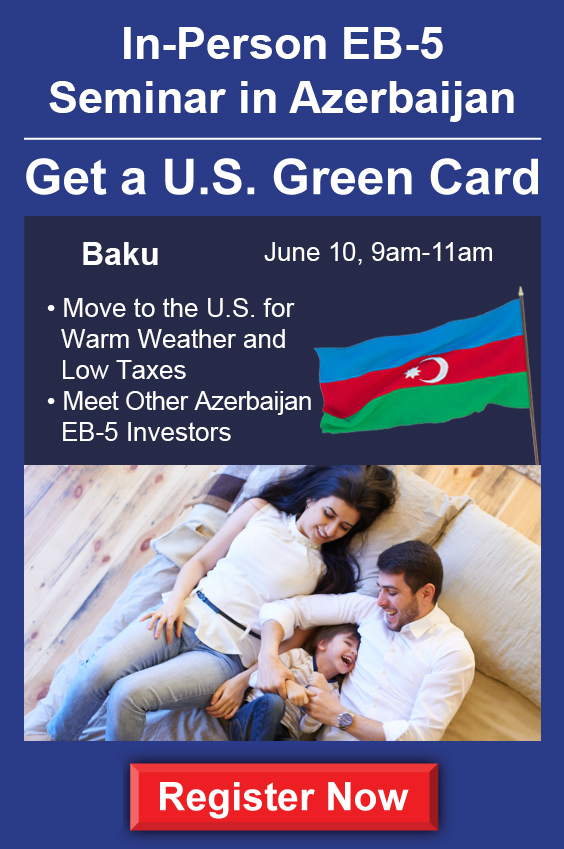