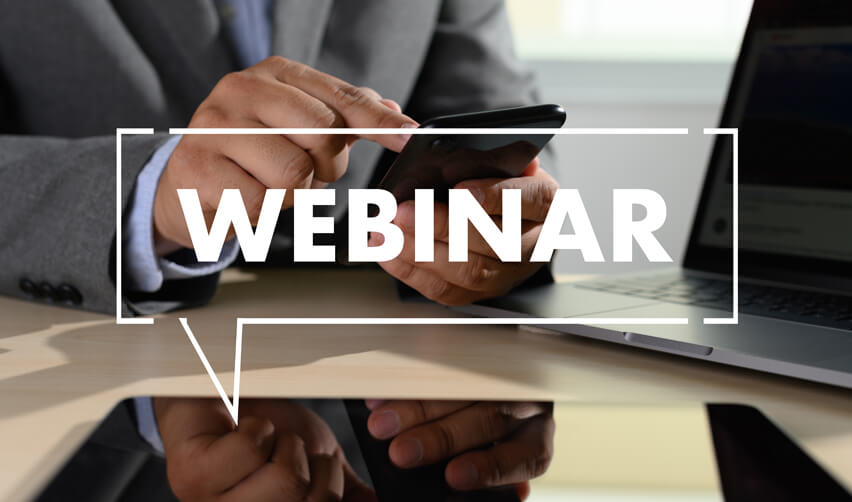 On June 16, 2020, Charles Oppenheim, the chief of the Visa Control and Reporting Division of the U.S. Department of State, offered the EB-5 community a wealth of new information and insights on EB-5 processing, allocation, and more, including what the future may hold. The information was all revealed in a webinar hosted by IIUSA, which lasted around one and a half hours and ended with a question-and-answer session with a group of panelists. Here are the most important insights Oppenheim revealed in the call.

Investors Should Work With the NVC Before Consulates Reopen

When U.S. embassies and consulates temporarily shut down around the world, a major portion of EB-5 investors faced an insurmountable obstacle in their visa process. Unable to set up visa appointments and interviews, overseas EB-5 investors cannot apply for U.S. green cards, halting their EB-5 journey until the consulates reopen. According to Oppenheim, the U.S. Department of State is working on reopening consulates, but he did not have any concrete dates. Each consulate will work on its own schedule, so different consulates can be expected to resume operations at different times.

However, the National Visa Center (NVC) remains open despite the consulate closures, so EB-5 applicants living abroad are still able to prepare their visa applications and become documentarily qualified prior to the reopening of the consulates. If they do so, they will be able to claim their visa more quickly—possibly even before September 30, 2020, when FY2020 ends. Oppenheim stated that over 50% of investors who are able to apply for EB-5 visas are still not documentarily qualified, which could slow down the visa issuance process and result in United States Citizenship and Immigration Services (USCIS) granting fewer EB-5 visas in FY2020 than have been earmarked for the year. Oppenheim urges all EB-5 investors who can get documentarily qualified to do so, which will allow them to claim their EB-5 visa and begin their life in the United States sooner.

At the beginning of FY2020, over 11,000 visas were earmarked for the EB-5 program for the fiscal year. It was expected that the visas would be distributed steadily throughout the year, with about 2,750 granted per quarter, as issuance is typically even. Of course, these estimates did not account for the possibility of a global pandemic shutting down public life across the United States and the world, which has made regular EB-5 operations impossible and resulted in a mere 4,500 EB-5 visas being issued in FY2020 by June 16. This means USCIS only has a single quarter left to grant more than 6,000 EB-5 visas.

Per Oppenheim, it’s possible for USCIS to grant most of the visas that remain for FY2020—as long as consulates reopen soon. The Immigrant Investor Program Office (IPO) is presently focusing on EB-5 investors who already live in the United States on different visas, as they need only file an I-485 petition to adjust their immigration status. However, reliance on domestic investors alone probably isn’t enough to clear up the remaining EB-5 visas. Data from FY2019 show that domestic investors are scarce, and Oppenheim backed up this idea when he mentioned that the IPO “doesn’t have a lot” of pending I-485 petitions and that he isn’t confident I-485 petitions alone could account for all available EB-5 visas.

At the beginning of FY2020, Chinese EB-5 investors were poised to have a good year, with an estimated 5,000 EB-5 visas slated to be issued to Chinese investors. Shortly after, the COVID-19 virus was discovered in Wuhan, sparking the worst pandemic in 100 years and shutting down the U.S. consulates in China. Only one-fifth of the estimated visas were issued before the consulates in China stopped facilitating visa interviews in February 2020. Oppenheim said the movement of the Chinese final action date in the Visa Bulletin for July 2020 theoretically allowed an additional 400 domestic investors and 3,000 overseas investors to receive visas, but since the consulate is still closed, only 400 investors can actually receive their visas. Even if the Chinese consulate reopened immediately, it would likely be overwhelmed and unable to handle that many visa appointments all at once, meaning the IPO wouldn’t be able to issue such a large number of visas to Chinese investors.

Oppenheim further announced the IPO’s intention to continue recognizing Hong Kong as a separate political entity from Mainland China despite uncertainty surrounding recent controversy surrounding the autonomy of the city. This is good news for Chinese and Hong Kong EB-5 investors alike because it means Hong Kong investors will not contribute to the Chinese backlog. Barring a change in U.S. immigration law, the IPO does not intend to change its treatment of Hong Kong.

In FY2020, 778 EB-5 visas were expected to be picked up by Indian investors. Oppenheim indicated that many of these visas have already been issued—as many as 550 may have already been granted to Indian EB-5 investors and their immediate family members. The rapid advancement of the Indian final action date has been partly responsible for the large number of Indian EB-5 visas issued in FY2020, and in the July 2020 Visa Bulletin, the final action date made a staggering seven-month jump to become current, as USCIS predicted back in March 2020. Despite industry fears of visa retrogression for Indian investors, Oppenheim believes the Indian final action date’s status as “current” will remain at least until the end of FY2020.

Oppenheim didn’t offer substantial information on Vietnam but did mention that the Vietnamese final action date would probably keep moving forward a few weeks at a time, as it has been throughout 2020. He didn’t offer any data on how many Vietnamese EB-5 investors have received visas thus far in the fiscal year.

The loss of EB-5 visas in FY2020 may be compensated by an above-average number in FY2021. The world is expected to be closer to “normal” in FY2021, with EB-5 processing proceeding as normal, and USCIS may allocate a higher number of visas to the EB-5 program. The EB-5 program receives 7.1% of EB visas each year, but the number of EB visas is expected to increase because unused family-based visas roll over to the next fiscal year. Since family-based immigrants are also facing immigration disruptions, there are expected to be significant numbers of unused family-based visas at the end of FY2020, which is good news for EB-5 investors in FY2021. According to Oppenheim, FY2021 could see at least 60,000 extra EB visas, bringing the total to more than 200,000.

The rapid advancement of the Indian final action date has been a hot topic in the EB-5 industry. Fears abound of visa retrogression once consulates reopen and more Indian investors become able to claim their visas, but Oppenheim had good news for Indian investors: He doesn’t anticipate visa retrogression for Indian EB-5 investors in the future. He emphasized USCIS was careful in moving the final action date, stressing they were “measured” and USCIS was working to “avoid retrogression.” According to him, the wait times for Indian EB-5 investors filing their I-526 petitions today should be shorter than was estimated in October 2019. This might mean a lot of Indian EB-5 investors are already documentarily qualified and will be able to claim their EB-5 visa quickly in FY2020 or FY2021 after the consulates reopen.

Oppenheim also told listeners there is a slight chance that all countries will become current for a short period at the beginning of FY2021 if the consulates stay closed into the next fiscal year. The condition would be whether there are enough domestic investors filing I-485 petitions to justify the move. Even if it does happen, it will be short-lived.

In terms of EB-5 processing productivity, it’s been difficult to know what to expect in recent years. The EB-5 program experienced a boom in FY2018 that was quickly quashed in FY2019 when Sarah Kendall took over as chief and pivoted to focus on integrity and anti-fraud measures. Though Kendall continues to lead the IPO in FY2020, Oppenheim asserted IPO processing has been up in FY2020 Q2 and I-526 petitions are being processed rapidly. According to Oppenheim, Chinese EB-5 investors in particular have seen high numbers of adjudications, possibly because their petitions were assigned for adjudication prior to the launch of the new visa availability approach in April 2020.

In line with Oppenheim’s statements, the number of Chinese EB-5 investors working with the NVC has increased significantly in FY2020. India and Taiwan have seen minor increases, while Vietnam, South Korea, and Brazil have incurred decreases, which indicates the EB-5 processing has primarily benefited Chinese investors. However, another explanation is possible: Forward movement of the Chinese date for filing could have simply allowed more Chinese EB-5 investors to file their documents with the NVC. Of course, the number of investors at the NVC is not a perfect indicator of I-526 petition processing because some investors need significant amounts of time to gather the necessary documentation and some investors already live in the United States and don’t need to work with the NVC. Only specific processing statistics from USCIS will clear up the mystery.