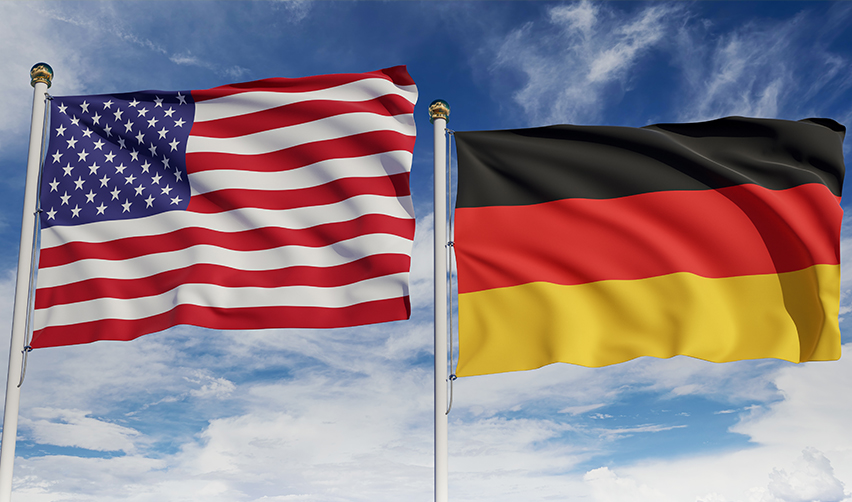 Why the EB-5 Visa is Ideal for German Nationals

German EB-5 investors have a number of opportunities waiting for them in the United States.

As political and economic instability increases in Europe, Latin America, and other regions, an increasing number of foreign nationals are looking into immigration options in the United States. Always a prime option for immigrants from around the world, the United States has become an even more coveted destination in light of its economic and institutional stability, as well as its unwavering commitment to democracy.

A wealth of career opportunities at several of the world’s largest tech, industrial, and finance firms also make the United States an ideal destination for highly-skilled workers in various sectors. Families and young people may be interested in benefitting from the U.S. education system, especially its world-leading colleges and universities.

Coupled with strong cultural diversity, a reliable infrastructure, and a robust public health system, the United States is an appealing destination for foreign nationals from countries experiencing economic or political unrest. This is especially true for Germany, whose economic troubles, looming energy crisis, and other issues exemplify the challenges faced by other European countries.

A German EB-5 investor will have much to gain from relocating to the United States. In most cases, the fastest and most reliable way to do so is through the EB-5 Immigrant Investor Program.

Begin the Immigration Process with EB5AN

Far-right political parties, seen by many Germans as a threat to the country’s political makeup, are gaining traction. For example, the far-right party Alternative für Deutschland, which has voiced strong opposition toward immigration and the European Union, gained an impressive 11% of the votes in the 2021 federal election, according to Deutsche Welle. It also obtained the most votes in the states of Saxony and Thuringia.

Political commentators have noticed a widespread fear of the far-right reclaiming power, with the New York Times reporting that “Germany … is still deeply conscious of its Nazi past and anxious about where the present inroads by the far right might lead. For many Germans, allowing the far right to be kingmakers conjures up dark memories. It is a red line that many do not want to see crossed.”

Germany, and indeed all of Europe, is also facing an imminent economic recession caused, as the Economist explains, by “a severe energy crunch, high inflation, supply disruptions—and enormous uncertainty about Europe’s economic future.” Russia’s decision to suspend most of its supply of gas production to Europe has resulted in record-high gas and electricity bills: in October 2022, energy prices rose a stunning 41.5% year-on-year.

The president of the Confederation of German Employers’ Associations noted in September 2022 that Germany’s key industries are contending with “immense energy prices and severe shortages of raw materials, intermediate products and other goods.” As government aid for businesses remains limited and the country enters what will likely be a challenging winter, the German EB-5 industry may get increased attention.

Foreign nationals begin the EB-5 Green Card process by investing at least $800,000 in an eligible business—usually a real estate development—and filing Form I-526E, the initial petition for a Green Card. Once USCIS approves an EB-5 investor’s I-526E petition, the investor is eligible for a two-year conditional Green Card. Foreign nationals living abroad must go through consular processing to obtain their Green Cards, while investors already in the United States under a non-immigrant visa can adjust their status through Form I-485.

Toward the end of the conditional residence period, investors file Form I-829 to remove conditions on their Green Cards and become permanent residents.

EB-5 investors typically face long adjudication times of two years or more for Form I-526E. USCIS processing times may take several more years than usual for investors from countries with a backlog of EB-5 visa applications. These include China and India. (In contrast, a German EB-5 investor will likely experience normal processing times due to the country’s moderate demand for EB-5 immigration.)

Consular processing, which can be unpredictable and prone to additional delays, can further slow down the process for EB-5 investors who live abroad.

In contrast, EB-5 investors who hold a non-immigrant visa such as the F-1, H-1B, or E-2 categories are not subject to these long wait times; USCIS allows them to file forms I-526E and I-485 concurrently, immediately adjusting their immigration status. While USCIS processes their I-526E petitions, non-immigrant visa holders can live and work freely in the United States.

The E-2 investor visa, which is awarded to foreign nationals who make a substantial investment in a U.S. business under their ownership, is temporary. Moreover, E-2 visa holders are restricted to working at the business in which they invested.

These restrictions are likely inconvenient for many German E-2 visa holders, who may not want to continue operating their businesses. They may also be interested in pursuing other career opportunities and having their children go to college in the United States. Most of all, many E-2 visa holders would like to stay in the country permanently.

The ideal solution in all of these scenarios is to make an EB-5 investment and then file Form I-526E concurrently with Form I-485. In this way, a German E-2 visa holder will be able to live and work in the United States without restrictions, essentially enjoying the benefits of a Green Card even before obtaining one.

Begin the Immigration Process with EB5AN

The EB-5 immigration process requires careful planning. Every EB-5 investment made in pursuit of a Green Card involves a degree of financial and immigration risk, and it can be challenging to find safe EB-5 investment opportunities that comply with USCIS policies.

EB5AN is one of the leading fund managers and consultancies in the EB-5 industry. With backgrounds in immigration law, business strategy, investment valuation, and other relevant fields, our team has helped more than 2,000 investors find safe EB-5 investment opportunities and begin the immigration process. Many of our investors already enjoy permanent Green Cards.

We invite you to schedule a free consultation with EB5AN to explore the German EB-5 immigration process and relocate to the United States—perhaps sooner than you previously thought possible.